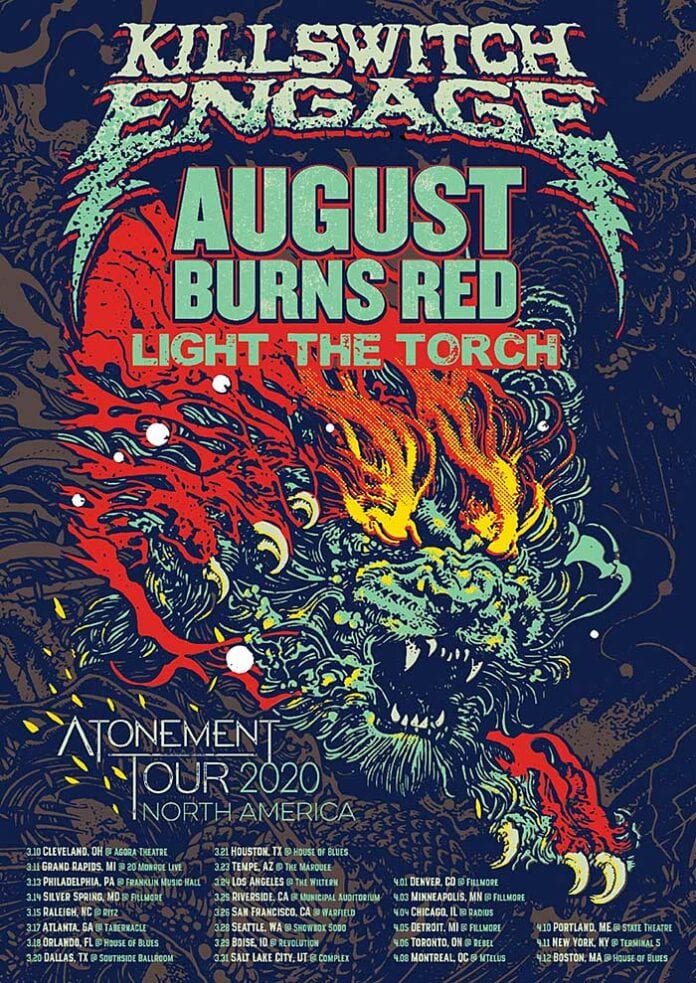 Gold-selling hard rock heavyweights Killswitch Engage have announced that Light the Torch will serve as the opening act on their upcoming Spring 2020 headline tour. As fans are more than well aware, Light the Torch features frontman Howard Jones, who served as KsE’s singer from 2002 through 2012.

“We are excited to bring out Light the Torch, first of all, because they are a killer band,” says Jesse Leach. “Obviously, having Howard out with us allows us to make this a tour to remember. I’ve always respected Howard as a singer, but in recent years, he’s become a friend. So it means more to me now than it would have in the past. We are happy to see him back up on the good foot and singing his heart out again in top form. With both August Burns Red and Light the Torch, there will be no punches pulled. Just a killer lineup. Fans won’t want to miss this tour. You will want to come early and stay late. All hails.”

Killswitch Engage, recently recognized by Forbes as “one of modern metal’s most cherished acts,” will return to the road to headline clubs and theaters across the U.S. and Canada. The trek kicks off on March 10 in Cleveland and runs through April 12 in Boston. Lancaster, Pennsylvania’s own August Burns Red will serve as main support for all of the dates. Tickets are on sale here: http://www.killswitchengage.com/

“We are truly excited to be a part of the Atonement Tour with KsE and ABR,” says Jones. “This one has it all – old friends, new music, good times. Forget the world for a night and come hang out with three bands that want to make memories with you!”

ABR singer Jake Luhrs echoes the sentiment, saying, “We can’t wait to rip through North America with Killswitch Engage and Light the Torch! This tour has been in the making for a long time and I can’t wait to hit the road and show everyone what we’ve been working on. If you’re a metal fan, you’re not going to want to miss this one.”