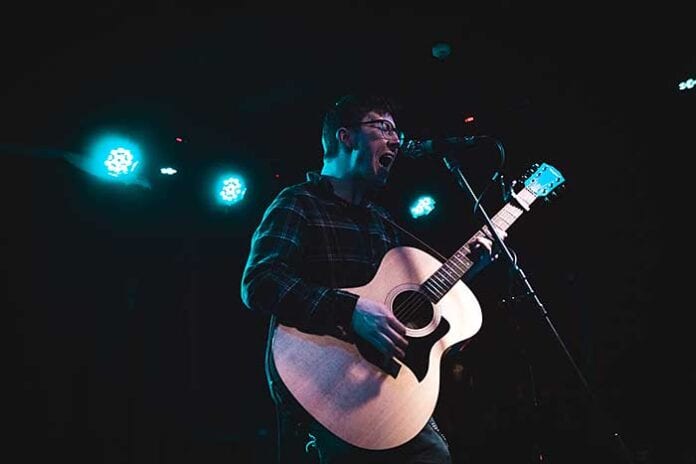 The solo project of Manchester singer-songwriter Steve Millar is out now on UTB Manchester, streaming via Spotify & Apple Music.

Arms & Hearts’ debut LP is a blue collar rallying cry, a vulnerable yet hopeful punk rock debut with a sense of defiance emblazoned on the sleeve.

“What keeps me alive is slowly killing me” — a lyric that epitomises Arms & Hearts. It’s a conflict has fueled Steve Millar and one which forms the foundation of Arms & Hearts’ debut full-length.

Equally comfortable on a dimly lit folk club stage or at a loud and lively punk show, the heavy-touring singer/songwriter combines the storytelling and work rate of a classic troubadour and heart on his sleeve punk rock passion, asserting himself as one of the most prominent figures in the UK’s underground music scenes. The Distance Between sees Millar dropping his guard to confront thoughts of unfulfilled potential, mental fatigue and his own mortality head on. Emerging victorious, bloodied but far from beaten, in nine tracks he also demonstrates the resilience and character of a man desperate to prove you and everyone else wrong.