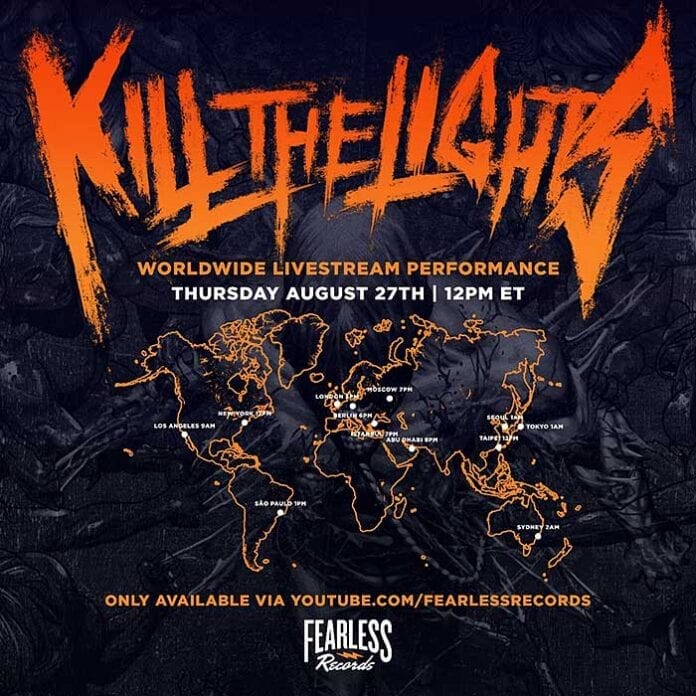 Kill The Lights, which features former members of Bullet For My Valentine and Throw the Fight, released their debut album The Sinner, last week on Fearless Records.

The band will perform a five-song set on the Fearless Records YouTube channel tomorrow, Thursday, August 27, at 12pm ET. It’s quite a feat, since the band members are in three different countries — the USA, England, and Wales.

Bookmark and watch it here.

BETWEEN THE BURIED AND ME Announce North American Tour Dates