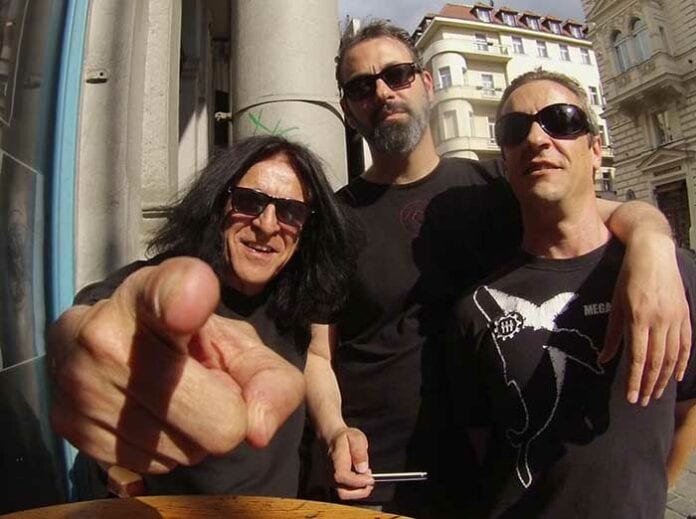 Subsound Records is very proud and excited to announce the release born from the collaboration between Killing Joke legendary frontman JAZ COLEMAN and instrumental industrial duo DEFLORE. The Party in the Chaos EP will be out on June 28th worldwide and available on CD, LP and digital.

Jaz Coleman states, “Over the last 30 years I’ve been asked one question over and over again: what new band do you like? And the answer generally has been zero, there are not many new bands that I like, except while I was on tour, we played Rome with Killing Joke and the opening act was just stunning. They were so powerful, such epic sounds, so cinematic. The logic seems I have to work with them. So to cut a long story short, Deflore came to Prague and we’ve just done a fantastic EP together, such beautiful music, and I hope everybody gets a listen to this incredible Italian band Deflore!”

DEFLORE comments, “For many years we have been looking for a singer that could understand our music to give us something more, then unexpectedly, Jaz found us. When you end up working with your music hero is incredible, it’s like a dream come true and it’s the best award for our long music career.”

The EP was recorded in Prague at Faust Records Studio in December 2017 and mixed at Enem Studio by Derek Saxenmeyer in June 2018. Mastered in London at Fluid Mastering by Oli Morgan. Artwork and design by Petulia Mattioli.

TRACK LISTING:
1. Party In The Chaos
2. Sunset In The West
3. Transhuman World