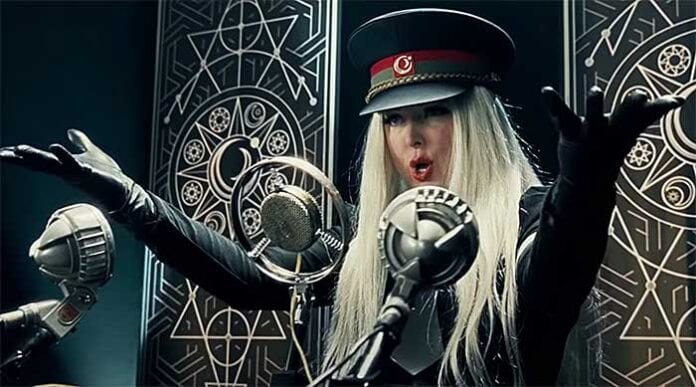 DARK SARAH continues the storyline of Orbs, Mörk and mystical, rabbit-headed people with their second single, “All Ears!,” of off their upcoming album, Grim, to be released on July 17, 2020 via Napalm Records.

The marching rhythm of the horror-esque intro rises to an all-encompassing theme that coalesces with Heidi’s blandishing vocals and the frightening story of Grim. The official music video (directed by Markus Nieminen) and the energetic soundscapes draw its listener deeper into DARK SARAH’s magical horror fantasy world, while the story behind “All Ears!” is perfectly visualized: The protagonist Luna casts a compelling spell over the citizens of Grim. As mighty as no one could have imagined, she rises, forming an army marching against their conjoint enemy—Mörk.

Heidi Parviainen states: “‘All Ears!’ is a call to unite all the people who think there is a certain power behind tales, monsters and magic! Join the coven! The narrative of ‘All Ears!’ follows the storyline of the Grim album. A powerful spell on the citizens of Grim empowers the protagonist Luna to fight against the evil monster Mörk who is terrorizing the city. The listener can also get a first glimpse of our new guest Jasse Jatala as Mörk. The whole Grim story will be released as a book at the same time as our album, so that our fans can get even more immersed in the story.”