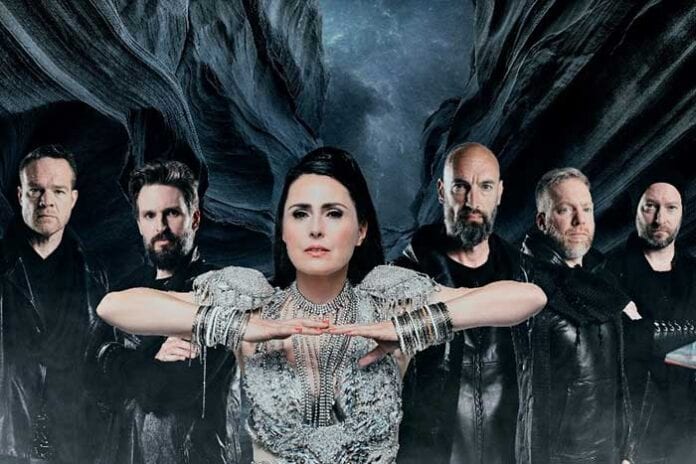 “‘Shed My Skin’ revolves around dealing with inevitable changes in life,” says singer Sharon den Adel. “It is about becoming the person we are meant to be — even if that means losing people we love, but have grown apart from. Real growth begins where comfort zones end and that’s exactly what the song is all about: If we don’t change, we don’t grow. If we don’t grow, we aren’t really living.”

For “Shed My Skin,” the band has teamed up with German metalcore band Annisokay. The song thrives on den Adel’s melodic vocal lines, with Annisokay’s frontmen Rudi Schwarzer and Christoph Wieczorek adding another layer of soaring, heartfelt vocals. The end result is an absolutely bombastic metal anthem.

Wieczorek says, “Within Temptation is a band we love and have listened to for many, many years. You can imagine how stunned we were when they reached out and asked us if we want to feature on their next single — just because they love our music, as well! We’re beyond proud about being a part of this amazing song and really hope the people out there love it as much as we do.”

“We like to expand and broaden our horizons, and constantly find new music and bands that inspire us,” den Adel says. “Annisokay bring a super refreshing sound to the table, which we absolutely love. We are super happy that these talented guys wanted to join forces with us for our new single!”

“Shed My Skin” is the third single of the series of Within Temptation’s independent releases, leading up to an album.

Ex-Il Niño Bandmates Regroup as LIONS AT THE GATE and Release...