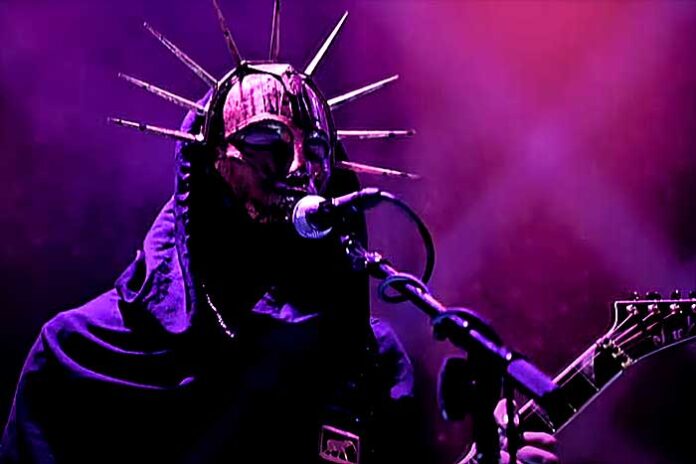 After having just announced their forthcoming live release An Evening With Imperial Triumphant, IMPERIAL TRIUMPHANT releases the first single “Transmission to Mercury,” which was recorded at the infamous New York Slipper Room. The band delivers a stunning live performance of the track, originally off their previous full-length album, Alphaville.

“Mercury stands at the beginning and the end; The destroyer and creator, receiving feedback from those who look up,” states IMPERIAL TRIUMPHANT vocalist Zachary Ezrin.

An Evening With Imperial Triumphant is set for release on November 26th and will be available exclusively on 180-gram black vinyl and on all digital platforms. Pre-order the album, HERE.

IMPERIAL TRIUMPHANT are gearing up to hit the road this Fall for their U.S. headline tour. The band will be joined by Pyrrhon starting October 15th in Boston and wrapping on November 1st in Brooklyn. Check out their tour dates and purchase tickets, HERE.

UNDEROATH Teams Up with Ghostemane on New Single “Cycle”

Modern Metal Stars TETRARCH to Support SEVENDUST on 2022 US Headline...