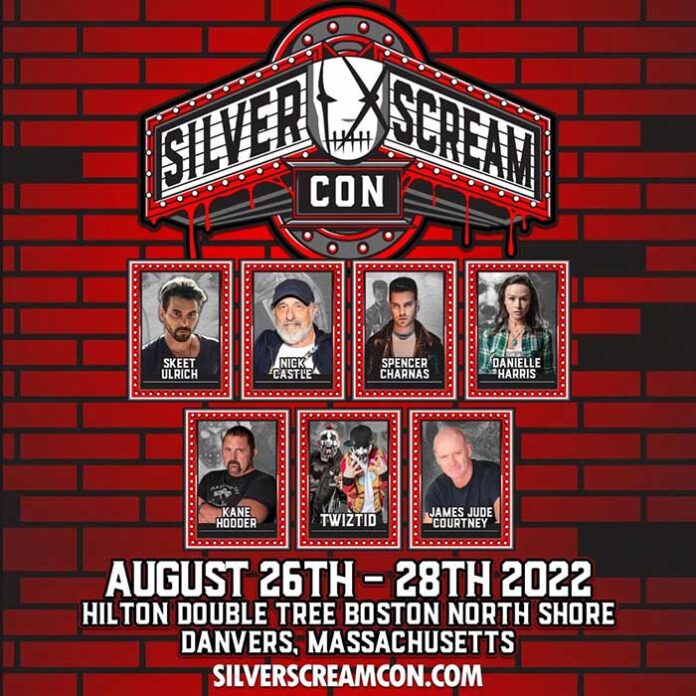 Chart topping, horror themed outfit, Ice Nine Kills are proud to announce the inaugural edition of a brand new horror convention, SILVER SCREAM CON. Curated by the band, the convention will celebrate all things horror and will take place August 26th – August 28th at The DoubleTree Boston North Shore Hotel in Danvers in the band’s home state of Massachusetts.

And more to be announced for a packed weekend of exclusive photo ops, celebrity signings, discussion panels, scary-oke and an intimate live show from Ice Nine Kills. Tickets are on sale now at silverscreamcon.com

Speaking on today’s announcement, Ice Nine Kills creative visionary and frontman, Spencer Charnas shares, “The Silver Scream Con will bring horror fanatics and INK fans from all over the world together to celebrate their love of on-screen slaughter. This is the chance for our loyal psychos to not only interact with the band, but to meet the incredible stars of the very films that our music pays tribute to.”

Exclusive Premiere of THE MENDENHALL EXPERIMENT’s New Song “Nothing Good...