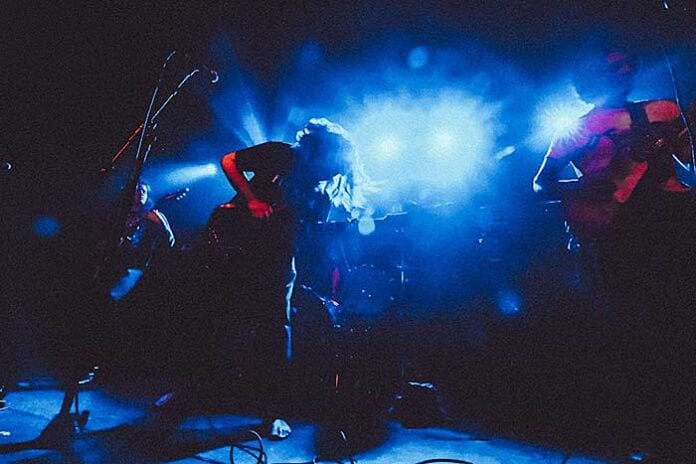 HORSEHUNTER has premiered the track “Nuclear Rapture (live),“ taken from the Australian sludge-mongers’ forthcoming Day of Doom Live full-length that is slated for release on December 11th.

“I recall that ‘Nuclear Rapture’ was one of those tracks that came together pretty quickly, probably in a single rehearsal, and on which everyone made their contribution,” tells guitarist Dan Harris. “At that point, Mike and I were catching up regularly to work on material for the second album and we had come up with two semi-connected ideas, one mid-paced and the other a little faster. They were going more in the direction of songs like Witchery on our first album, but when we started to play through them in rehearsal, the doomier elements from the first half of that album started to emerge too. We didn’t plan it out initially, it was just one idea coming after another in a more or less improvisational fashion. There wasn’t much need at first for anyone to dictate what was coming next or who should play what. Somehow, we managed to stay on the same page, and by the end of the rehearsal, after a bit of reflection and refinement, we had a basic structure. Then it took approximately a year to decide who was going to do the solo.”