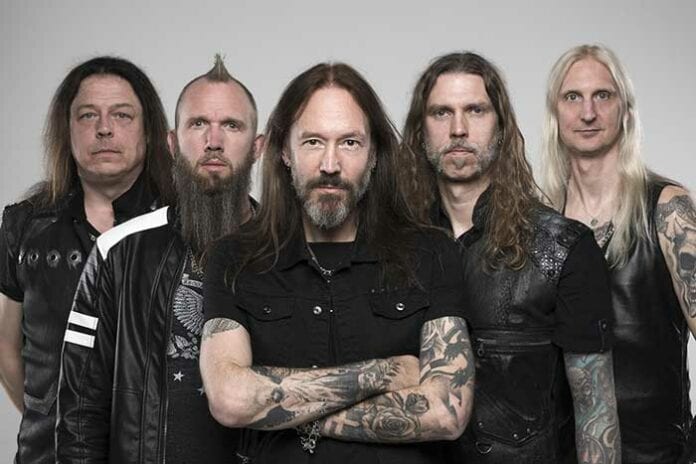 HAMMERFALL has only just released their eleventh studio album, and second with Napalm Records, Dominion, and they’re already breaking the charts worldwide. HAMMERFALL prove once more that they are one of the biggest heavy metal bands today! Dominion is currently ranked #2 on the Swedish and Swiss charts, #4 on the German and #11 on the Austrian charts. In the United Kingdom, the album is currently ranked #4 on the Rock Album charts, #8 on the Current Hard Music Album Charts in the United States, as well as #9 on the Canadian Top Hard Rock Music Album Charts! In Finland, they are currently placed #5 on Physical Album Charts. See the placements below!

Singer Joacim Cans on the chart entries: “We are so proud and happy with the current chart success of Dominion and want to thank all our fans for the great support. This makes us even more eager to start touring to be able to play some of these songs live.”

Having released their album on the day they played at Summer Breeze Open Air 2019, HAMMERFALL arranged a huge release party for their fans – cake included! The event was a total success and everyone involved, including HAMMERFALL themselves, was utterly elated! Take a look at how the Swedes celebrated their album release:

NERVOSA Reveals New Single and Video for “Guided By Evil” from...