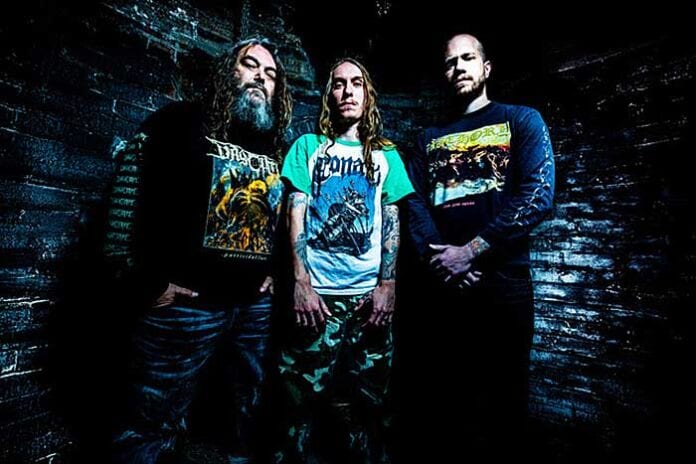 Arizona’s GO AHEAD AND DIE is proud to announce their self-titled debut album will be released on June 11th via Nuclear Blast Records. GO AHEAD AND DIE is a raw, urgent, unrelenting, thrillingly shocking, and vibrant new band. Today the band released the music video directed by Jim Louvau and Tony Aguilera for the first single, “Truckload Full Of Bodies.”

Max Cavalera comments, “‘Truckload Full of Bodies’ is a dark x-ray of the COVID-19 pandemic. It examines the way certain politicians in 2020 didn’t care about their citizens. Hypocrites took care of themselves, and did not care about the rest of us dying.”

Igor Amadeus states, “Like a riot breaking through your windows, G.A.A.D. arrives with a revolting mix of punk and metal, the perfect soundtrack to these dismal times.”

Zach Coleman comments, “‘Truckload Full of Bodies’ is a battering ram and fist in the face of those in power who had no problem watching so many people die. I think it perfectly sets the tone for the album.”