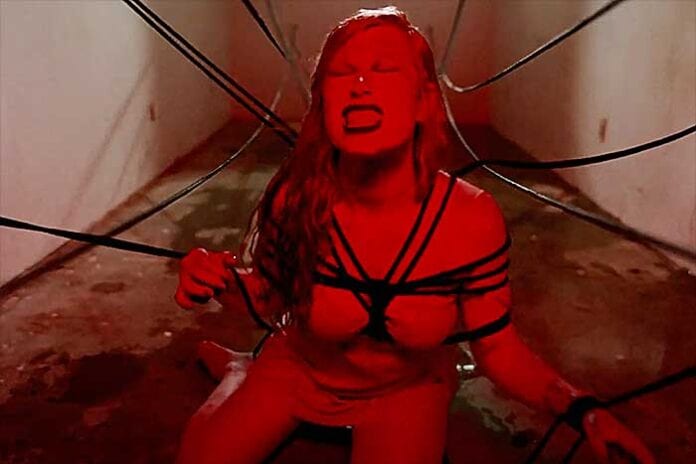 With the 2017 release of their debut LP To Deaf & Day, Glaare garnered both critical praise and swift ascent to their place in the LA darkwave pantheon. The record’s split release between a boutique domestic label and European indie label, Weyrd Son, won Glaare a devoted following both at home and internationally. Glaare returns with their sophomore full-length album Your Hellbound Heart out April 30 via Weyrd Son Records.

When it comes to explanations for what exactly Glaare has done this time around, we need not look much further than the name of the album itself. Your Hellbound Heart, just like the book it’s named after, is the embodiment of pleasure granted to someone after a time of extreme torture. Its relation to the 80s classic movie Helllraiser, as well as countless other nostalgic stories involving familiar metaphors of life journeys, is most certainly not by accident either. Don’t be fooled by its synth heavy dance introduction. Behind the relentless party your face off, drive faster ‘till you crash tracks is anything but a story about a good time. This album is the perfect representation of what would have been running through Sarah Connor’s head while she did chin-ups in the looney bin.