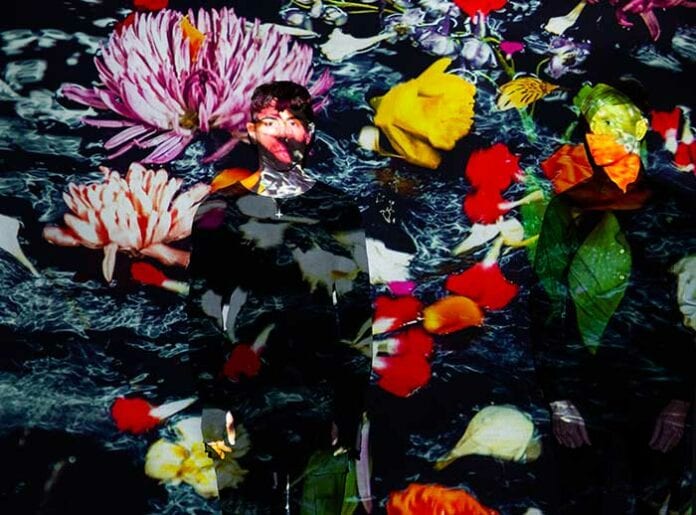 Billboard hailed new BLAQK AUDIO album ONLY THINGS WE LOVE for being “an uncanny aural collage of electronica and ‘80s synth-pop” and compared the album to “such beloved synth-pop bands as Depeche Mode, OMD and Erasure.” Hear it for yourself with today’s release of “Caroline In The Clip,” which can be streamedHERE.

Today Blaqk Audio (Davey Havok and Jade Puget of AFI) also released a video for acclaimed lead track “The Viles,” which Lori Majewski, host of SiriusXM Volume’s Feedback praised for its “New Order meets Nitzer Ebb” sound. The clip was directed by Adam Mason and can be seen HERE.

“Caroline In The Clip” is the latest track to be sneak-previewed from the album and follows recent releases “The Viles,” “Unstained” and “OK, Alex” and all four songs are available as instant downloads by clicking HERE to pre-order ONLY THINGS WE LOVE ahead of this Friday’s March 15th release.

Havok and Puget are taking these tracks on the road for their North American tour, which kicks off this Thursday, March 14th in San Diego (see itinerary below).

Each has hit No. 1 on Billboard’s Dance/Electronic Albums chart.

About “Caroline In The Clip,” Puget says, “The synth melody came from a scoring project I was doing. It had been floating around on my Island of Misfit Parts and I finally crafted a song around it. The eponymous “Caroline” is a pseudonym for someone in Davey’s world. Who it might be we’ll never know.”

Though best known for their work with multi-platinum rock band AFI, Havok and Puget’s shared love of electronic music runs deep. Havok, who counts Devo’s Freedom of Choice and Duran Duran’s self-titled debut among the first albums he owned, saw his tastes evolve over the years from the synth pop of Erasure and Pet Shop Boys to Depeche Mode and ultimately to the heavier, darker Skinny Puppy, Ministry, Front 242 and Lords of Acid. Later he immersed himself in the “futurepop” genre, which combined dark dance-y electronica with melodic vocals.

Puget shared his bandmate’s long-standing love of electronic music, beginning with a passion for Daft Punk, Depeche Mode, Ministry and Squarepusher, spending a great deal of time programming electronic music, which in turn led to a plan to start an entirely electronic side project: no organic instruments, just synths, keyboards, drum machines, and software.

About the upcoming tour, Havok told Billboard that the duo plans to perform many songs from its catalog that it hasn’t played live before.