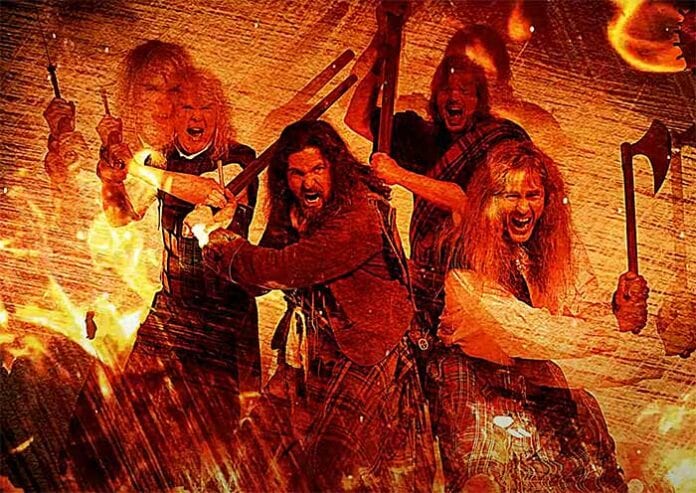 After the chart breaking release of German Heavy Metal heroes GRAVE DIGGER’s 20th studio album on their 40 year band jubilee, the band around singer Chris “Reaper” Boltendahl have released the fourth video, taken from Fields Of Blood, “Barbarian.” Heavy riffs, thundering drums and the distinctive vocals take us back to 1746—to the battlefield of Culloden deep in the Scottish Highlands, where the Jacobites were defeated in a bloody battle by the Duke of Cumberland, The “Barbarian.”

GRAVE DIGGER on “Barbarian”:
“BARBARIAN…the new Grave Digger single “Barbarian” from the album Fields of Blood is Teutonic steel in its purest form. No prisoners are taken here…you can feel how Cumberland pushes the “Highland Cleanings” and how whole villages are getting destroyed. He violates the Highlander women and kills everything in his way. His indescribable cruelty is unparalleled in the history of Scotland. “Barbarian” will become another band classic [and the] chorus will be hammered in your head…‘Cold blooded murderer, Killer of the Jacobites, Butcher of Culloden, Cumberland the BARBARIAN.’”