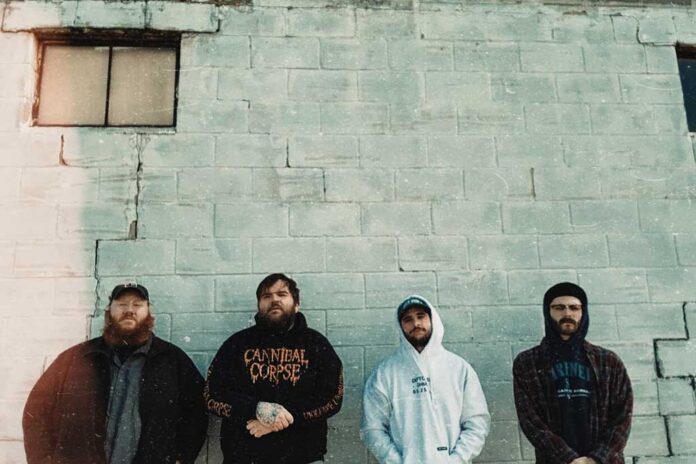 WATCH THE EXCLUSIVE PREMIERE OF THE NEW MUSIC VIDEO FOR “DARKEST MIND” FROM EARTH & ELSEWHERE ONLY ON OUTBURN.COM

Speaking exclusively to Outburn, vocalist Lance Augustine explains:
“This is the first song we wrote for our next record, and much like the title, ‘Darkest Mind’ is a song about where the mind goes when processing a loss. When you lose someone you love, it’s hard to wrap your mind around the idea of time moving on without them. This song is about that paralyzing loss. This is from a studio session we did with Cerebral Audio and wanted to give people a taste of the direction that we were going in when we release our new record in Summer 2023.”

Combining elements from a dazzlingly dexterous array of influences from across the alternative rock spectrum, Earth & Elsewhere hones a deft amalgam of melancholy and malice on their debut EP. With prominent nods to shoegaze, metal, melodic hardcore, and grunge all ebbing through on the new record, the East Coast rockers convey an immersive and perennially atmospheric soundscape, rooted in the band’s eclectic music persuasions.

Earth & Elsewhere is a heady journey, a bold intertwining of ambient, ethereal guitars and the potent force of lead vocalist Lance Augustine, who sets a vice like grip on the listener across the 4-track. The band’s first new material since the debut collection comes by way of “Darkest Mind,” a captivating and heavy exploration of loss and moving on.