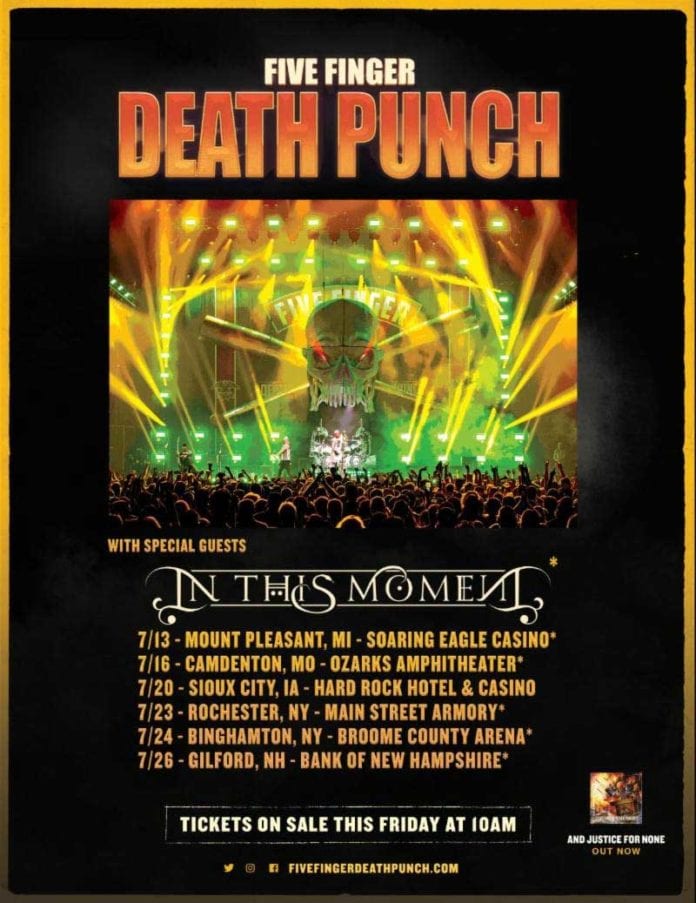 FIVE FINGER DEATH PUNCH has announced a series of new headlining U.S. shows and festival dates for July 2019. Special guests including In This Moment will support on select show dates. Five Finger Death Punch will also perform on a handful of major festival shows throughout the summer.

The quintet’s current single ”When the Seasons Change” climbed to #3 at Rock radio this week. “When the Seasons Change” follows the success of the #1 hit single “Sham Pain” off their latest album, And Justice for None. The group also recently released a new video for the album version of ”Blue on Black.” The band is currently in the studio working on the follow-up album to And Justice for None.