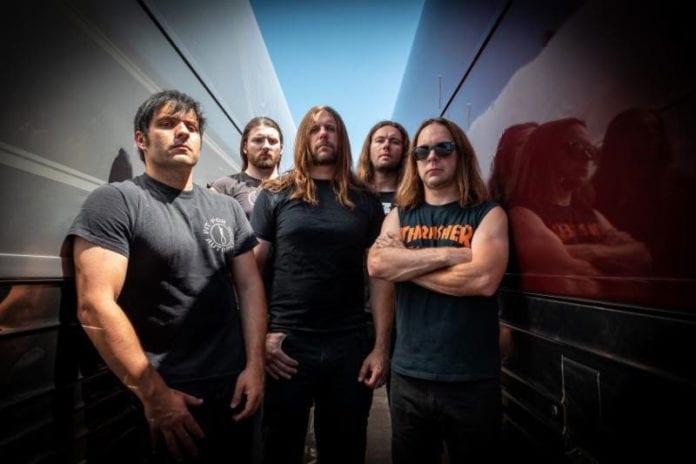 Unearth has just released the music video for “No Reprisal” today. Fans can watch the music video, directed by Tim Dennesen, HERE. The track is off of the band’s new album Extinctions, which was released this past November via Century Media Records.

The band recently wrapped a co-headline Canadian tour with Darkest Hour and opening special guests The Agony Scene. Unearth is gearing up to tour the U.S. for a handful of West Coast dates starting in Spokane on February 22nd and ending in Los Angeles on February 26th. They will be headlining shows with support from Soulfly and Incite. Following their U.S. dates, Unearth will hit the road again with Darkest Hour for another co-headline tour, this time in Europe.

After an awe-inspiring 20 years of blazing trails and dominating stages, Unearth is now institutionalized as a relentless force in heavy metal, standing the test of time with consistently triumphant creative output, tireless road warrior resilience, blue-collar style workmanship and a resolute determination to deliver the goods.