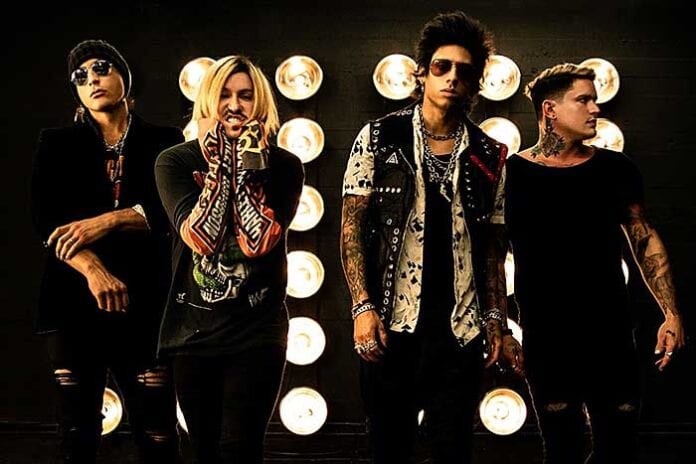 ESCAPE THE FATE has released the new song “Not My Problem,” featuring Travis Barker on drums, from the upcoming album, Chemical Warfare, out April 16.

The collaboration with the producer, songwriter, and renowned drummer came about through the band’s producer John Feldmann. Feldmann made the introduction and Barker supplied the driving backbeat of the song.

“Not My Problem” is an ode to self-preservation. With lyrics about not taking on the problems of others, the track fits snugly within the positive tone of Chemical Warfare. The uplifting, encouraging themes of the album speak directly to the needs of the band’s young fanbase. The work with Barker went so well that he and guitarist (and co-producer) Kevin “Thrasher” Gruft are now working together on several high-profile projects.

CROWN THE EMPIRE Celebrates 10th Anniversary with 07102010 and Documentary