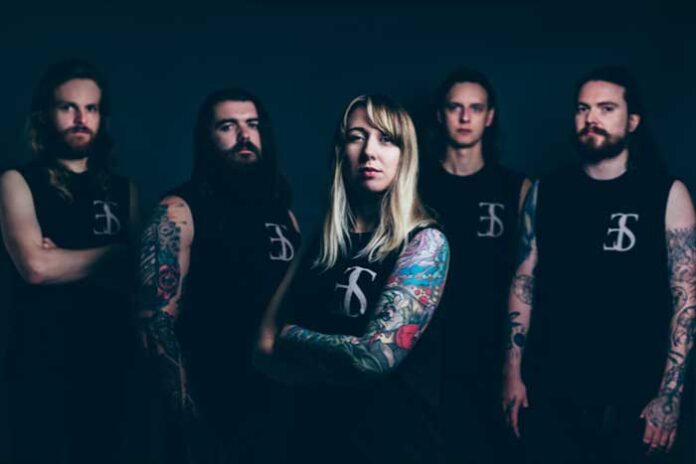 Employed To Serve has released “Mark of the Grave,” the second single from their forthcoming album Conquering.

“This song is about people who’d rather put other people down, instead of getting on with their own lives,” says frontwoman Justine Jones. ”When writing this song, we wanted to try our hand at writing a positive metal anthem for people to blast when they’re having a shitty day. Hope you all enjoy it as much as we had fun recording and writing it! Stay kind!”

Conquering releases on September 17 and is Employed To Serve’s second full-length album on Spinefarm.