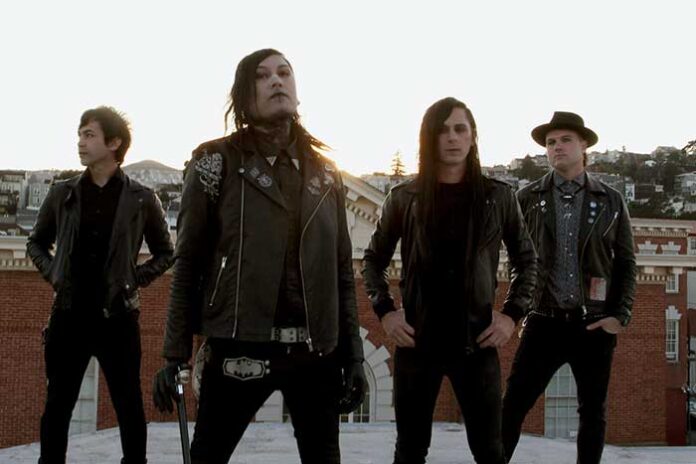 Death Valley High, the San Francisco based doom pop/death disco four-piece, mark Black Friday with the release of a new five track single, Raise Hell/+ Down Side Up + (https://linktr.ee/minushead) and the debut of a video for “+ Down Side Up +”

“We are really just thrilled to return from the void of 2020 with some new music,” explains singer/guitar player Reyka Osburn. “No restrictions, no angles; just us creating, syphoning our world, and delivering what’s in our heads and hearts. These are two new songs about motivation, from a darker angle. ‘Raise Hell’ being a ‘fight fire with hellfire’ call to arms and ‘+ Down Side Up +’ being about picking oneself up in the dark, calling on some ancestral bloodline strength.”

Influences and Essentials: EYES WIDE OPEN In Their Own Words