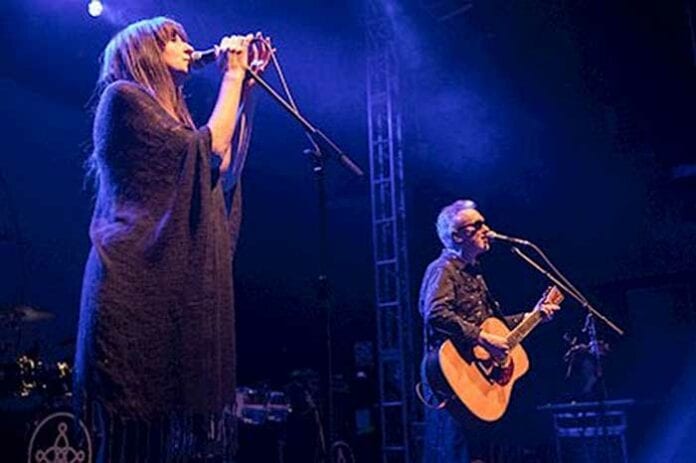 Evi Vine will be touring the UK (and Stockholm) with WAYNE HUSSEY of THE MISSION in support of her new Black Light White Dark album. The long-play features members of The Cure, Fields of The Nephilim, Shriekback & Goldfrapp.

Evi Vine has also previously toured with both Wayne Hussey and The Mission. After including Evi Vine’s debut LP among his top five albums, Wayne Hussey invited them to tour in 2016 and then with The Mission in 2017. The seed was sown and Evi Vine joined The Mission as featured vocalist for their 30th Anniversary Tour. In recent years, she has also toured with Chameleons Vox, Phillip Boa and The Voodoo Club, And Also The Trees, and Her Name is Calla.

Evi Vine contributed backing vocals on The Mission’s 2016 album Another Fall From Grace, which hit the UK top-40 album chart, and recently collaborated with Michael Ciravolo on the debut album from LA-based Beauty in Chaos, involving members of The Cure, Ministry, The Mission, Cheap Trick, The Offspring, King’s X and Ice T, among others.

Evi Vine first performed this material live in Paris in support of Brendan Perry (Dead Can Dance). Standout singles off this album include “Sabbath” with a thriller video by Craig Murray, videographer for Mogwai, and “My Only Son,” a touching track inspired by a close friend’s suicide. Writing this song helped her work through her pain. The accompanying video was directed by Phillip Clemo and shot by Clemo, Colin Gary and Tim Shepherd.