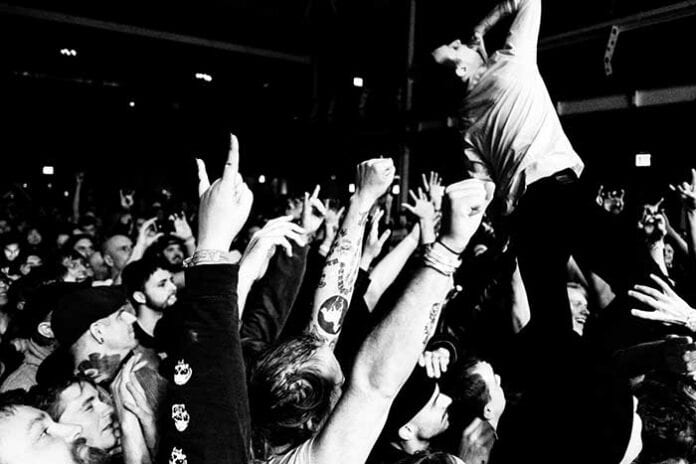 Daughters, who stormed back on to the scene with one of the most critically-lauded albums in recent years, You Won’t Get What You Want, return to North America this Fall for a three-week tour across the continent.

The three-week trek follows two sold out North American tours for the Providence-based outfit, a nod to the band’s riveting, and intimate, live performances. Daughters have continued to rack up accolade after accolade, with music fans clamoring to take part in what has become one of the year’s most sought-after-tickets. “No one is doing this quite like they are,” said Glide Magazine about the band’s recent Austin outing, continuing, “Daughters bring so much energy and vigor live that their older compatriots, even those still on tour, couldn’t hope to match it, and their sound is something few if any bands in the hardcore scene would dare to attempt these days.”

“This has been a wild year for us,” says Alexis Marshall. “We did not anticipate such an enthusiastic reception and the love has been nothing short of inspiring.”

Daughters are joined by HEALTH for the bulk of the tour, with support for the co-headlining offering coming from Show Me the Body. The band’s Northwest dates (Seattle, Vancouver and Portland) feature opener Lingua Ignota while Protomartyr join Daughters for the Los Angeles outing.

A limited edition (500 copies), black and white vinyl edition of You Won’t Get What You Want and an exclusive t-shirt are available as part of the tour pre-sale, available Thursday at 12 noon eastern via daughtersofficial.com. General on-sale begins this Friday at 10 am local time.