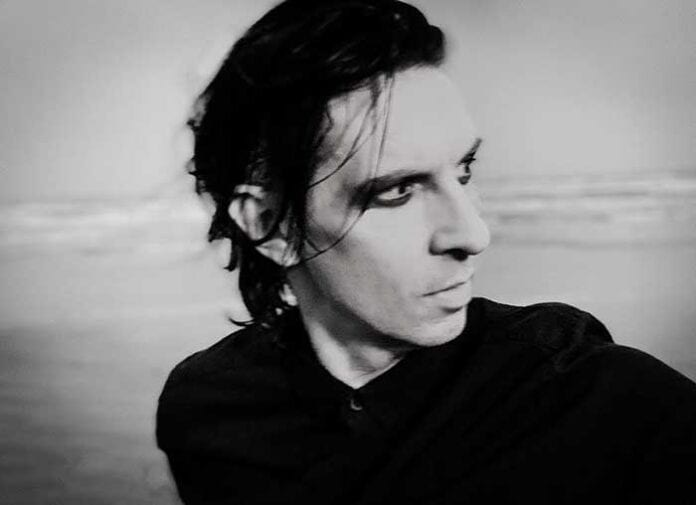 In a fitting tribute to the two-year anniversary since the release of Curse Mackey’s highly regarded debut album, Instant Exorcism, Negative Gain Productions is releasing a remix single for “Submerge,” which features a compelling club remix by Chase Dobson (Tycho, Neon Cities, Cellar Graves) as well as an appearance from Clan of Xymox frontman Ronny Moorings, who plays guitar on the track as well as a stellar dub-centric remix of “Dystopian Dope” from Martin King (DogTablet, Test Dept. Pigface).

Mackey says, “The club mix of ‘Submerge’ was created as tribute to all of the darkwave/industrial/goth DJs out there who have kept the music playing during the shutdown. This is a track meant to be played loud when the darkwave clubs of the world can reopen. Chase Dobson really captured the spirit of the original version while elevating it from it’s mid-tempo post-punk industrial feel into a darkwave dance floor anthem and Ronny’s guitar just soars across the top…I feel like a reemergence is taking place for music, both as a connective spirit amongst fans around the world as we start to see glimmers of hope on the horizon for live events, and for me on a personal, artistic level. I’ve been quite insulated, lost in my head and deeply involved in the creation of my follow-up album. I needed to resurface and come up for some air. This single is a vital step towards emerging into the future of this new strange world we have been presented with and a moment to reflect on the Instant Exorcism album experience in the here and now.”

Curse Mackey’s “Submerge” is the first in a series of summer releases from Curse featuring remixes, unheard B-sides, live videos and new, original artwork, which has become a popular component of Mackey’s releases. These summer releases will pave the way towards the much anticipated Fall 2021 release of Mackey’s forthcoming follow-up to Instant Exorcism.