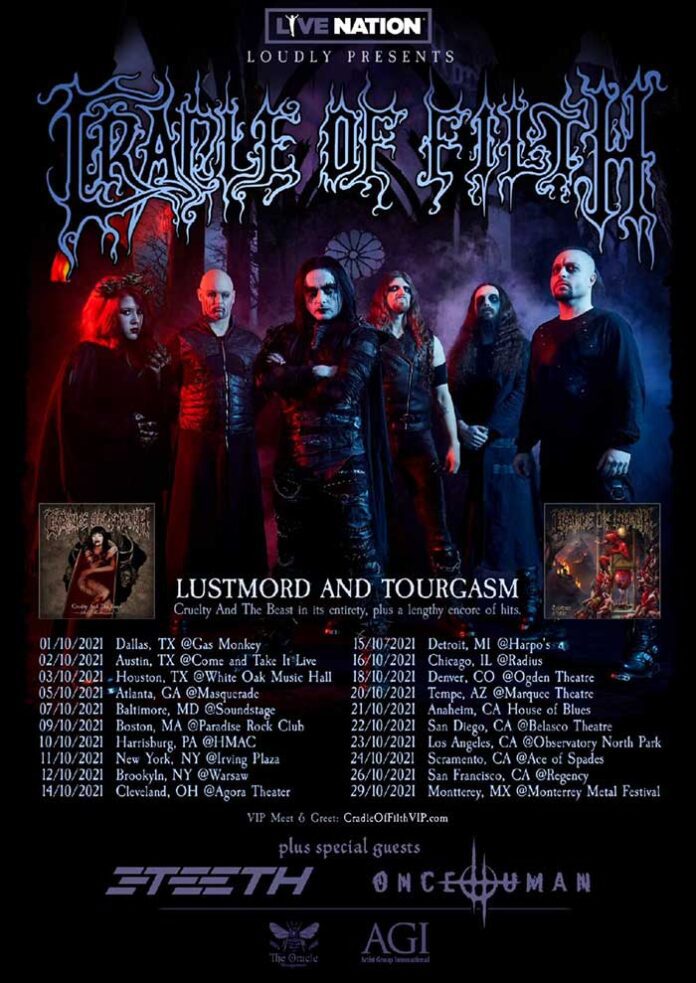 CRADLE OF FILTH will return to American shores this fall for the Lustmord and Tourgasm tour, featuring an epic full performance of the British band’s classic 1998 concept album Cruelty and the Beast for the first time ever, as well as an encore of other CRADLE OF FILTH fan favorites.

“It’s been far too long America, but soon we will return to haunt your shores again,” says vocalist Dani Filth. ”We, as a band, are very much looking forward to coming back to the States and performing ‘Cruelty and the Beast’ in its entirety (plus some firm fan favourites), which was our earlier intention before the Pandemic reared its ugly head.”

Says Once Human guitarist Logan Mader, “After nearly two years of being pent up, it’s time to let loose! We are beyond ready to hit the road and destroy stages this October supporting the mighty CRADLE OF FILTH and in support or our new single, ‘Deadlock,’ featuring Robb Flynn. Once Human’s new album will be out early ‘22, more singles to come!”

CHILD BITE Kicks Off US Tour with Today Is The Day