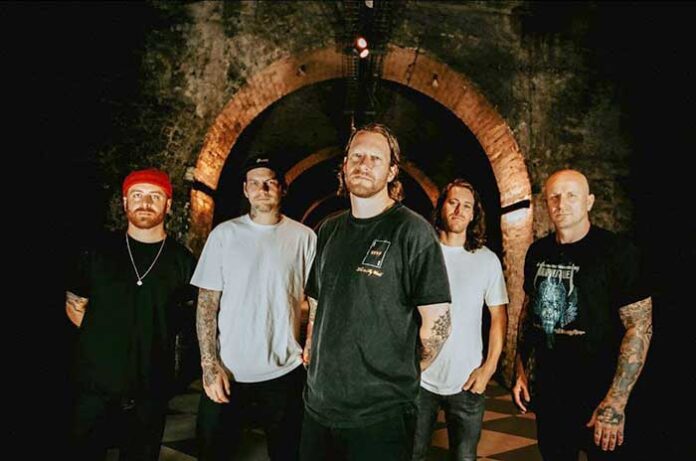 Vocalist Andrew Neufeld comments, “‘Crossed’ is a no-frills metallic hardcore track. Lyrically it deals with someone in my life that seemed so far gone and I had to watch them dig themselves further and further into a low and unrealistic place. ‘Crossed into the void’ so to say. We enlisted Joe from GOJIRA to represent somewhat of an overlord menacing presence in the song. An overshadowing power via his blood-curdling scream. This song is direct and to the point about staying in reality and warns of the elements that could bring us further into darkness.”

Comeback Kid fighting against outside pressures and personal demons

Directed by Daniel Prieß and Max Maltais and filmed in Quebec, the video for “Crossed” is a performance-style video that sees members of the band fighting against outside pressures and personal demons until they fall into what is visually depicted as “the void.” A true hybrid collaboration that ignited a lot of inspiration and out-of-the-box imagination, the video involved green screening in drummer Loren Legare from Vancouver when he was unable to attend the shoot in Quebec and utilizing a special FX team and editing team in Germany.

“It was wild how this song and video all came together,” Neufeld continues. “So many people from all over the world contributed to this project. On top of the teams used to create the video, the track was recorded in Winnipeg and was mixed in New York by Will Putney. Then Joe [Duplantier] recorded his parts at his house (I believe) in France! This is one of the most fun collaborative projects that I have had the pleasure of working on.”

THE USED Announce Heartwork Due Out April 24