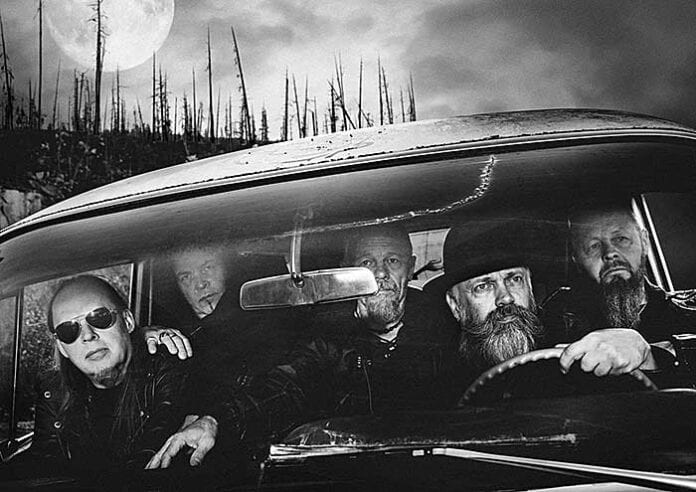 Grammy nominated classic doom icons CANDLEMASS don’t even need to drop a full-length for every release to prove they belong at the top of an entire genre and beyond. Fully comprised of never-before-heard, unused tracks cut from the The Door To Doom recording sessions, the band has just announced the release of a masterful new EP, The Pendulum, due out March 27, 2020 via Napalm Records! Pre-order your copy HERE.

The Pendulum perfectly showcases that these timeless Swedish pioneers are the undisputed kings of epic doom. The fully-mastered opener/title track “The Pendulum” charges in with a melodic, head-swinging, thrashy rush – setting the stage for the raw, unfiltered steamrolling demo cuts to follow. Listen to the track’s unadulterated doom heaviness and watch a brand new lyric video for ”The Pendulum.”

Says band mastermind Leif Edling: “THE PENDULUM” is about hard riffing, epic choruses and total delusion the fanatical way. It is in fact the last thing I wrote for THE DOOR TO DOOM album but didn’t have the time to finish it. Here it is in its grand/mad luster with a great mix by Niklas Flyckt, and produced by Marcus Jidell. It is followed by five unreleased demos from the DTD sessions because the whole sha-bang was at first supposed to be a double effort but got trimmed down to a single album eventually.

I love the PENDULUM track, album quality if you ask me, and songs like “PORCELAIN SKULL” and “SNAKES OF GOLIATH” are not bad either. They just didn’t make it to the final thing. So I hope you like this EP that features the ‘missing’ songs. The last pieces of the puzzle of the one year recording that became the album THE DOOR TO DOOM. Enjoy:-)”

INSOMNIUM Releases New Single and Music Video For “The Conjurer”