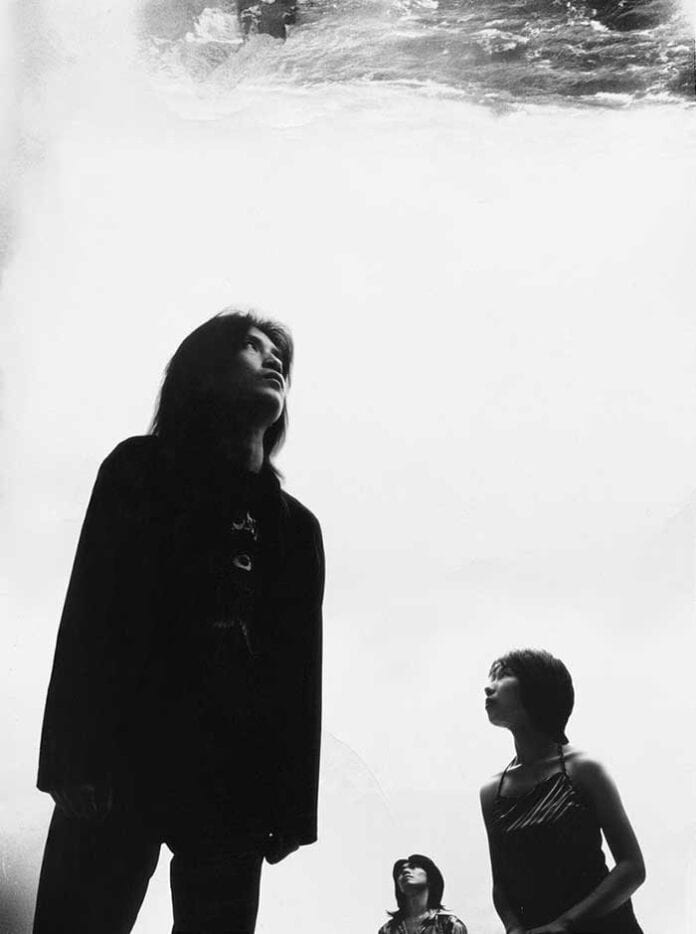 Boris continues their bountiful output with two monumental vinyl versions of their milestone releases; 2000’s Flood and 2020’s NO. Third Man Records will release the albums on LP formats on August 27th, and NO will be released digitally through Third Man as well. Pre-orders for Flood are available here, and pre-orders for NO are available for vinyl here and for digital here .

Hailed as Boris’s “most compelling album in more than a decade” (Pitchfork), NO was was furiously recorded in the early days of the Covid-19 pandemic and “surprise” released in July of 2020. Initially released digitally (with a very limited vinyl run), the album was met with immediate and widespread praise. Meant to serve as a mirror that redirects the negativity of the global lockdown to something more positive, the content on NO can be characterized as “extreme healing music.”

Musically, NO draws from influential noise-heavy hardcore group Gudon, even including a cover of their song “Fundamental Error.” NO is a classic hardcore thrash record and is one of the band’s strongest efforts from start to finish. August 27th will also serve as the release of NO on streaming services worldwide, for the first time ever.

Additionally, on August 27th, Boris will release the highly-anticipated vinyl version of their essential 2000 album, Flood. The album was originally released in Japan on CD only. Delivered in four equally important movements, Flood is simultaneously delicate, dense, undulating, devastating, emancipating, hypnotic and triumphant. Each season of the album has its own sense of place, best revealed listen-by-listen.

On Flood, Boris broaden their vision of musical possibility, with a notable and imaginative influence from visionary American minimalist Steve Reich, weaving in prog, drone and slowcore into a multifaceted symphony. There simply has never been another piece of music like Flood.