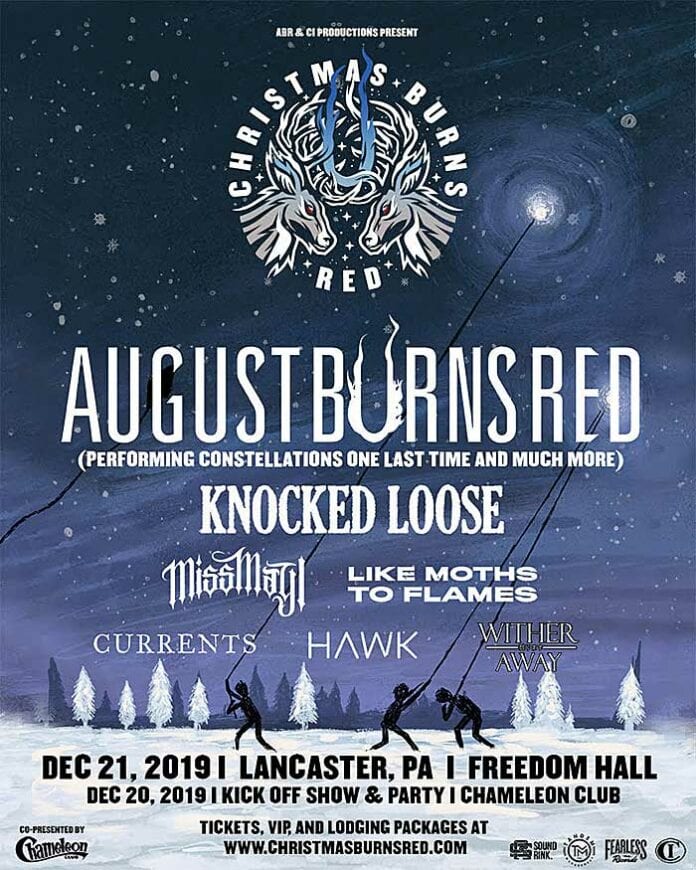 August Burns Red know how to get festive and celebrate the holiday season in metallic style. The band is known for its heavy covers of Christmas classics and has played a holiday show in its native Lancaster, Pennsylvania every year since 2006. However, ABR are taking things up a notch this year with the first-ever Christmas Burns Red Festival. The band has just announced that Knocked Loose have been added to the lineup.

Christmas Burns Red takes place on Saturday, December 21, 2019 at Freedom Hall at the Lancaster County Convention Center. There is also a kick-off party and show set for Friday, December 20 at The Chameleon Club. ABR guitarist JB Brubaker will be doing a DJ set afterwords.

“ABR’s hometown Christmas show has been an annual tradition since 2006 and it’s one that we look forward to every year,” the band says. “This year we decided to take it to a bigger stage and invite a bunch of our friends to join us. With the help of CI Productions, we look forward to making the Christmas Burns Red festival our new tradition. We can’t wait to play the full Constellations set in our hometown one last time and are excited to dig deep into our collection of holiday tunes.”

The lineup is as follows:
August Burns Red (performing Constellations one last time + more)
Knocked Loose
Miss May I
Like Moths to Flames
Currents
Hawk
Wither Away

Early bird tickets are available for $32.50. Further information about tickets, VIP packages, and lodging are here.