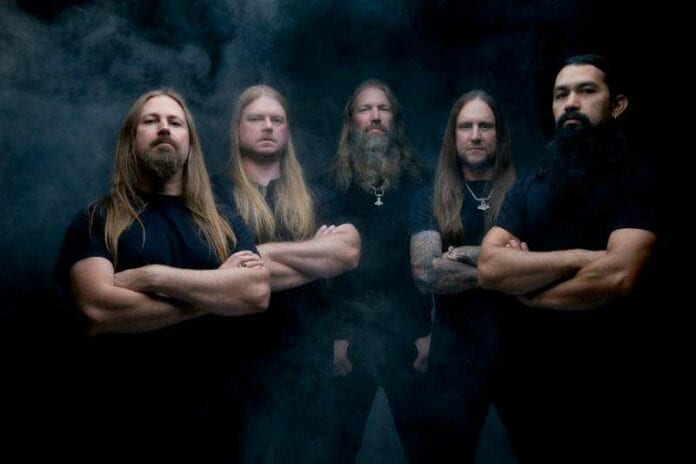 Amon Amarth released their 11th full-length, Berserker, last month to critical acclaim via Metal Blade Records (North America)/Sony Music (International), and recently concluded their North American trek with Slayer, Lamb of God, and Cannibal Corpse. Today, the band has unleashed the final clip in their trilogy of music videos for the album: “Mjolnir.”

“Mjolnir” — along with the previous videos: “Raven’s Flight” and “Crack the Sky” — were directed by Roboshobo, and each one is increasingly epic in its scope, further immersing the viewer in the world of Amon Amarth. Much like the songs on Berserker, the videos present Amon Amarth to its fullest. The cast features Josh Barnett as “the Berserker” and Erick Rowan as “Thor,” Tess Kielhammer as “Demon Boss,” Shanie Rusth as “Shield Maiden,” Erik Arevalo, Victor Henry, Canadian WWE legend Viktor as “Demon Henchman,” plus many more.

In support of Berserker, Amon Amarth will be appearing at festivals across Europe this summer, before returning to the states this fall for a headlining run with Arch Enemy, At The Gates, and Grand Magus. See below for all dates!

An Evening With NIGHTWISH In A Virtual World Rescheduled For May