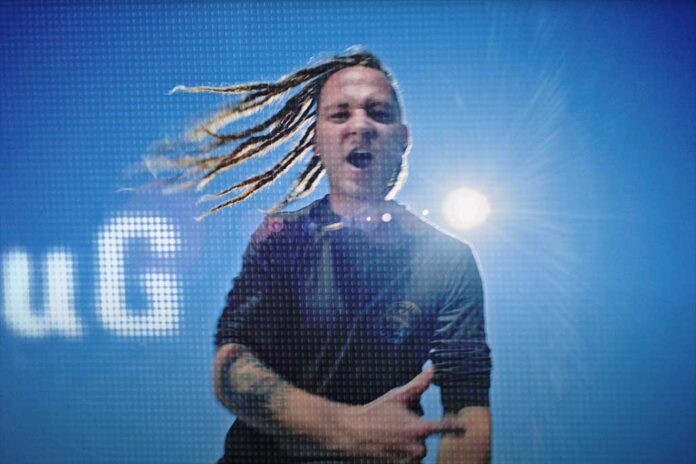 New Zealand global metal frontrunners ALIEN WEAPONRY have been touring around the world nonstop since the 2021 release of their acclaimed sophomore album, Tangaroa, out now via Napalm Records. Spreading vital messages of peace, awareness and warning through the power of their culturally-driven music, Tangaroa proves a massive next step for the band—encompassing all of the elements that make ALIEN WEAPONRY heavy metal’s most authentic rising stars.

Following the release of their three previous Tangaroa music videos for “Tangaroa,” “Buried Underground,” and “Hatupatu,” today, in anticipation of their winter and early 2023 performance plans supporting both Guns N’ Roses and Gojira, ALIEN WEAPONRY has dropped an official video for none other than their album closer track “Down The Rabbit Hole.” The track extends an important proclamation against bullying through the eyes and experiences of frontman Lewis de Jong.

Lewis de Jong says about “Down The Rabbit Hole”:
“This was an absolute blast to film! ‘Down The Rabbit Hole’ represents the growth I’ve experienced throughout my life and putting to bed demons from the past. The video captures the meaning well – the broken objects representing said demons. It’s the rough times in life that make you who you are, as long as you rise above it.”