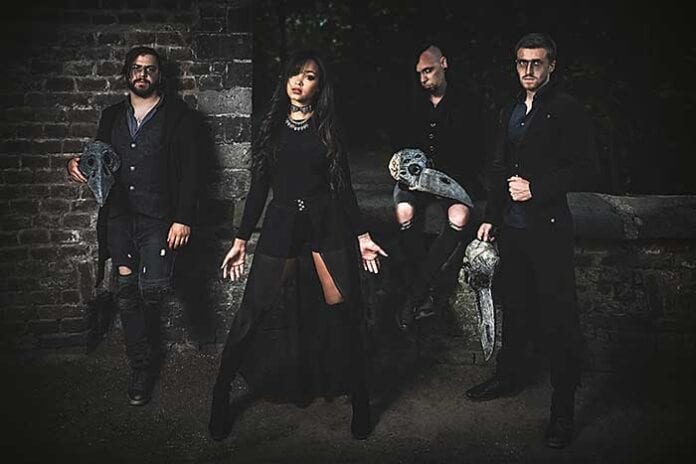 With over one million views on YouTube, AD INFINITUM’s single “Marching On Versailles” speaks for itself and breaks in with thrashing drums as well as stormy guitar riffs—‘til now! On Chapter I Revisited, the quartet dressed all the debut’s songs—including the hit single “Marching On Versailles”—into an acoustical and rather natural arrangement, representing another beautiful yet unknown aspect of it. Delicate guitar tunes immediately deliver the catchy melody of the chorus straight to the listener, showcasing that AD INFINITUM chose wisely in selecting this smasher as their first single back when Chapter I: Monarchy was released, as well. With the addition of Latin instrumental elements, this version of “Marching On Versailles (Acoustic)” represents a whole new facet of the four-piece.

AD INFINITUM on “Marching On Versailles (Acoustic)”: “2020 has been, and still is, challenging for everyone. The band had to find other ways than touring to connect with our fans and friends. Therefore, working in secret, we prepared one more surprise for you. An early Christmas present! A complete acoustic album featuring all the songs of Chapter I: Monarchy. Be ready for Chapter I Revisited!”

Pre-order your digital version of Chapter I Revisited HERE