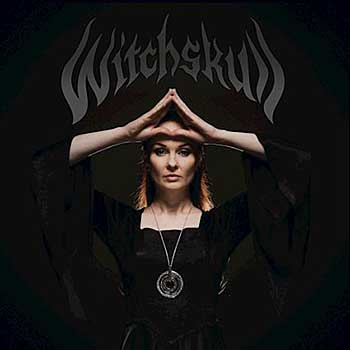 HEAVY STONER METAL: My fellow Canadians, no doubt most of you have heard of our home nation’s most infamous punk band, Victoria, B.C.’s the DayGlo Abortions. And, via Prime Minister Justin Trudeau’s ongoing public praise for the band, you are firmly aware about how they have continued to cheat death, terrorize dive bars, turn up at haphazardly organized punk fests, and push the boundaries of questionable taste for over 40 years now.* Defenders of the Maple Leaf, turn your memory clocks back to the band’s finest moment, 1986’s Feed Us a Fetus and the track “Scared of People – Black Sabbath.” This B-side gem amongst gems—which was actually originally released on their 1981 debut, Out of the Womb…typical punk rock confusion—tells the tale of a (probably) drunken protagonist who exists as a simple worshipper of the almighty creators of heavy metal. First, as he’s “acting like Black Sabbath” before “almost making the change” to actually becoming part of the band, or the band itself, via some sort of bizarre mind meld/osmosis thrust powered by cases of Labbatt 50. The implication here isn’t that Australia’s Witchskull know anything about, or are fans of, the DayGlo’s (or low-brow Canadiana), but if there’s a band that has taken the theme of that age old classic to heart—whether realizing it or not—they’re the ones.

A Driftwood Cross is the Canberra trio’s third album of high allegiance to the stoner/doom metal sound done in the way of Sabbath’s most famous and recognizable moments. Tremendous walls of darkened power chorded riffs burst forth like the bastardized blues and swaggering shuffles shot from a cannon. What emits from vocalist/guitarist Marcus DePasquale and bassist Tony McMahon’s fuzz-out sonic haymaker isn’t anything anyone who’s picked up a metal album recorded since 1970 hasn’t heard. In fact, there are moments where the similarities to the band’s cast of heroes warrants a number of solid face palms, if not the potential filing of cease-and-desist orders, but there’s enough thunder in them there amps to rattle windows and have nosy, religious neighbors spreading rumors of virgin sacrifices in any basement from which this emerges.

Giving Witchskull that frightening tunnel vision rattle is drummer Joel Green being rooted in the four on the floor school of rhythm instead of anything fluttering or jazzy. His hit hard and harder approach gives tracks like “Nero Order” and “This Silent Place” a driving High on Fire meets AC/DC feel, and while his backbeat slam may lack frills and flair, it locks down both the chug picked plod of the title track and the proto-thrash gallop of “Dresden.” In an ocean of “heard it all before,” what stands out as most unique are DePasquale’s vocals, which (of course) resemble one John Michael Osbourne in terms of timbre and range, but excel at inventive phrasing and melody lines as well as a knowledge of when to cap the warble and display clarity without scrimping on the power.

Witchskull may be acting like Black Sabbath, maybe more than most, but their use of modern tone enormity and additional inspiration from the established cabal of fellow present-day Sabbath worshippers, means they haven’t fully made the change. Yet. Hell, if you’re going to emulate someone, might as well be the gents who started this whole mess. ~ Kevin Stewart-Panko

* accolades for legendary punk bands from the upper echelons of Canadian parliament may or may not be true.