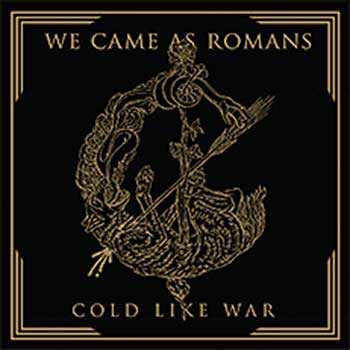 WAR SONGS: For over a decade now, Troy, Michigan’s We Came as Romans has crafted metalcore that was at times punishing, others more introspective. 2015’s self-titled effort showcased a more mature direction for the band, featuring radio-friendly hooks that divided some audiences, but their latest offering, Cold Like War, splits the difference perfectly. Tracks like “Foreign Fire” and “Wasted Age” immediately brutalize listeners right out of the gate, getting We Came as Romans back to its roots in a way that hasn’t been heard in a few years. Elsewhere, chances are still taken in the name of experimentation, with the dubstep adjacent “Encoder” injecting electronic elements into the mix, while penultimate track “Promise Me” is the poppiest of the bunch, a catchy tune that may court more mainstream attention than its nine brethren. Ethereal dreaminess bookends the album, at the onset of album opener “Vultures with Clipped Wings” and also in the slower, more somber closing track “Learning to Survive.” Cold Like War is an anomaly, at once, a return to form and an exploration of new horizons, offering a bit of something for everyone. The mix isn’t diluted for the risk, however, resulting in perhaps the very best that We Came as Romans has created up until now. ~ Tyler Davidson