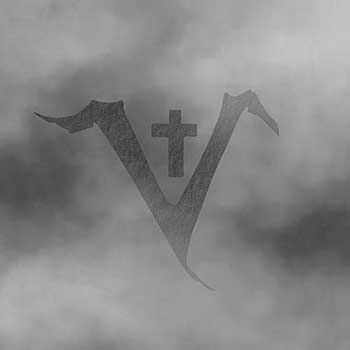 HEAVY MOODY DOOM: There always seems to be something symbolic or special behind a band intentionally self-titling an album so late in its career. Usually, this means that the album in question is either a return to form, a definitive musical statement, or an attempt at staying relevant. Or this is usually the intention, anyway. There have been examples in the past of this strategy backfiring somewhat, or at the very least fizzling out in an unconvincing way. Luckily, Saint Vitus exemplifies more of the positive end of this idea than the latter, because this ninth album (and second to be titled in this fashion) is pretty freakin’ solid. The album realizes what initially drew fans to Saint Vitus in the first place and gives them what they want, as well as a little bit of what they perhaps didn’t know they wanted.

There’s a hefty dose of psychedelia to be had here, particularly on the track “City Park,” which is all creepy sound effects, droning bass, harsh feedback, and Tom Waits-esque narration. This willingness to experiment outside the box is welcomed, as is the traditional street doom sound of ”Last Breath, “Hour Glass,” and “12 Years in the Tomb,” which strike upon every awesome chord of what made Saint Vitus so influential in the first place. Only the awkward stab at hardcore punk in “Useless” serves as a stylistic stumbling block, but not necessarily because it’s punk. The idea is actually kind of great, but the execution is sorely lacking, because, sorry, it’s just a shit song.

Brief black spot aside, much of the success here can be laid at the feet of returning vocalist Scott Reagers, who proves once again to be the definitive Saint Vitus singer in his command of the material. Dave Chandler’s inimitable, sleazy guitar tone and gutter punk style of songwriting is leagues more interesting here than on this album’s predecessor, Lillie: F-65, and Saint Vitus makes the best out of this fresh and inspired energy. So, yeah, this album is heavy, moody, and possessing of an atmosphere all its own. It’s the sort of album Saint Vitus needed to make at this stage in order to compete with all the young pups out there ripping off the band’s signature sound. All hail. ~ George Pacheco