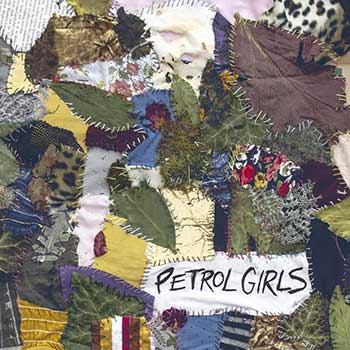 THOUGHT-PROVOKING ADRENALINE AND AGGRESSION: As true music fans, we are always incredibly fascinated by the creative processes our favorite bands use to craft the kind of albums that stick with us over time. These albums contain thought-provoking lyrical content and intense rhythms, and this is just the type of album we have discovered when checking out Cut & Stitch from punk rockers Petrol Girls. To quote vocalist Ren Aldridge, “Cut & Stitch is a patchwork of different sounds, ideas, and feelings. It’s the most experimental record we’ve made so far, both musically and lyrically…cutting and stitching is a process that can go on indefinitely.”

We certainly have to agree with her sentiments, as Cut & Stitch is definitely one of the most intense albums we have heard in quite some time, and it proves that Petrol Girls is a band that is completely fearless when it comes to experimenting with its sound. We adore the fact that despite having an underlying punk rock vibe, both Petrol Girls and their latest album refuse to be boxed into any one particular genre. It is refreshing to never know just what you are going to get from one song to the next.

Another strong thread found within Cut & Stitch is the topic of feminism and what it means to different groups of people. Aldridge revealed that during the recording process, “We’ve also started to think about what feminism means for men, given that half of the band are men, and explore the perspective of a man struggling with expressing his emotions in ‘Talk in Tongues.’ Petrol Girls challenges listeners in ways that we couldn’t even imagine, as it took several listens for us to take in the full impact of certain tracks on the album, such as “Monstrous” and “No Love for a Nation,” as well as the various interludes that are sprinkled out between tracks. We also enjoyed the moments when the band gave it all they had with “Skye” and “Rootless,” to only name a few. Cut & Stitch is chock full of raw adrenaline and aggression, but would you expect anything less from Petrol Girls? The album pushes the band far out of their comfort zone, allowing them to explore new musical territory, and in our opinion, the journey was quite a success. ~ Kristyn Clarke