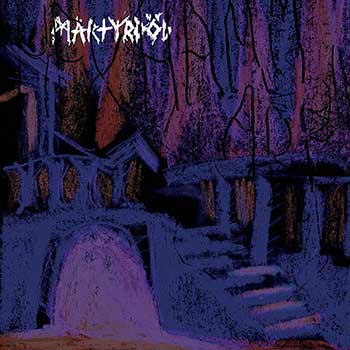 CRUST PUNK: Thundering back with their seventh full-length, these Swedish D-beat crust lords do not waste time on niceties. It’s been three years since the quartet dropped the mighty List, and they have lost none of their bite or rough edges in that time, Hexhammaren another valuable contribution to an enviable discography. From the start, they show they mean business, the title track kicking things off with a triumphant riff that is a little bit Amon Amarth in tone, but then they hit the gas and it’s nothing but pure destruction. Though they have always had a signature sound and a way of coming across as particularly urgent, they do not trap themselves into a single way of doing things, and there is quite a variety of tone and tempo across the 12 tracks.

On “Helveteslarm,” it is almost as if they’re bringing the sky crashing down and dodging to get out of the way of falling pieces, while “War on Peace” is simple, catchy punk rock and nothing more. “In the Dead of Night,” “Rännilar,” and “Den Sista Striden” are classic Martyrdöd, wielding that urgency that is so compelling, always tainted with just a hint of melancholy, upping the emotional ante. Perhaps best here are “Nästa Syrien” and “Cashless Society,” the former featuring gorgeous coiling leads that wrap around the riff, while the latter is surely the sound of men who are done talking and just want to start throwing punches. Having improvised all the guitar solos and minimized the amount of takes while in the studio with producer Fredrik Nordström (At the Gates, In Flames), there is an air of rawness and spontaneity that suits the songs well, and there’s no denying that when it comes to this style, the Swedes set a high standard that is hard to beat. ~ Dan Slessor