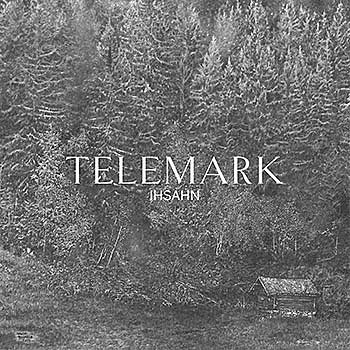 BLACK METAL FOLK: Ihsahn has always been one of the most distinctive figures in extreme metal. As the man behind the black metal group Emperor, he’s a complete legend. But his solo material proves Ihsahn is unconquerable.

On February 14, Ihsahn proved there’s still room for growth in his 27 year long career. In his bio, Ihsahn stated he has been releasing full-length albums ever since he was only 16-years-old. His most current work consists of two five song EPs, the first of which is Telemark.

Telemark evokes a new atmosphere that listeners never heard with Emperor or with Ihsahn’s solo material. Telemark is the county Ihsahn grew up in. The listener is taking a dive into Ihsahn’s home, making this EP truly illimitable. This is also the first time Ihsahn has ever written lyrics in Norwegian, giving the EP an authentic feeling.

The EP opens up with “Stridig.” “Stridig” translates to “strident” in English. This is the perfect track to begin the EP. It’s fast, heavy, and overall one of the most aggressive tracks on the EP. It’s not aggressive like Emperor’s In the Nightside Eclipse, but this song has a mystifying aspect that makes it enticing. You can hear this with the Norwegian folk influences in the guitar playing.

The EP slows down with “Nord.” However, the song still remains intricate. While the song holds more melody and background clean vocals, there’s still heavy black metal influences. Ihsahn is the king of mixing more melody with classic black metal. But with this song, it truly sounds like an ode to his hometown. The last original track is the title track “Telemark.” This eight minute long song starts with a stylish saxophone heavy intro and takes you into a journey with fiddle inspired guitars. This intro drags on for a bit, until Ihsahn cuts in with his recognizable growls. The heavy hitting guitars and drums kick in. At this point, you’re completely immersed in the song. While this song is simple, it has so much abundance. The atmosphere is completely intoxicating—with all of the Norse folk inspiration, you feel like you’re in Norway. These folk influences weave in with a jarring black metal-esque sound, resulting in a unique progressive track.

There are two covers on this album: Lenny Kravitz’ “Rock and Roll Is Dead” and Iron Maiden’s “Wrathchild.” You have to respect Ihsahn for his Lenny Kravitz cover. However, the track sounds a little odd among the more somber songs. Ihsahn performed the cover with his signature growls, sounding more authentic, but the upbeat saxophone playing causes a bit of a discord when you listen to the EP as a whole. However, his “Wrathchild” cover was the perfect choice. This song perfectly blends in-your-face aggression with a classic heavy metal vibe. Ihsahn captures this superbly, while adding his own spin with added saxophones.

After listening to this EP, any fan will better understand Ihsahn and his roots. Ihsahn impeccably blends his signature black metal style with classic Norwegian folk inspiration. While there are powerful and aggressive songs on this EP, “Nord” has to be the best track. It’s a vivid song; the song structure is simple yet it’s so powerful. It’s rare to come across a song that’s so natural and authentic. Now, fans are only awaiting the second EP. ~ Stephanie Jensen