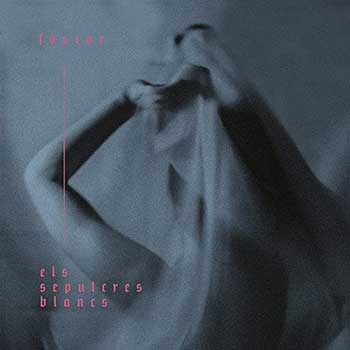 ATOMPSHERIC PROGRESSIVE METAL: It’s been a good decade since Groans to the Guilty, this Barcelona band’s first lunge away from the second wave black metal sound of their first pair of albums. It’s also been a good half-decade since Those Horrors Wither, the album that early fans and defenders of the black metal faith claim extracted Foscor from the sound almost entirely. Almost. Please note there’s a qualification to consider: black metal means a lot more these days and has a far more expansive reach than it did five to 10 years ago. Bands like An Autumn for Crippled Children, Alcest, Svarti Loghin, and, of course, Deafheaven may dare to temper the dark arts with sounds of shoegaze, indie, grunge, and beyond, but haven’t been excommunicated for doing so. Well, not entirely anyway.

So, Foscor may have made a deliberate shift away from black metal—more deliberate than most—but spiny tendrils of darkness remain, squiggling their way into a morass that employs broad stroke references to Opeth and Enslaved on one end to Yes and Slowdive on another. There are also nods to Katatonia, Anathema, Miranda Sex Garden, and Smashing Pumpkins along the way. Just listen to “Els Colors del Silenci.” There are blasting drums, though they are delivered more like the pitter-patter of a steady rainfall as opposed to tear your face off blistering as is customary. The chord progression in “Secrets” screams Venom meets Immortal, but it’s delivered via bottom heavy bass and sounds as warm as a pie straight out of granny’s oven.

There’s still a fair amount of blackened darkness on display, but it’s more lilting and measured. Els Sepulcres Blancs hails from cascading floral fields, from wispy partly cloudy dusk skies, from breezy tree lined hillsides, and from the rafters of Sunday service choir—all very pastoral, soaring, and maturely melodic. The downside to all this is that many of these songs end up possessing a discouraging lack of visceral impact. The majority are a well crafted congealing of elements like angelic vocals, glistening chorus/reverb guitars, and bear hug bass, but nothing truly jumps out as more than background music to a night on the couch reading philosophy tomes, sipping wine, and gentle missionary position lovemaking. It’s like Nietzsche and chill, instead of Nietzsche and kill. ~ Kevin Stewart-Panko