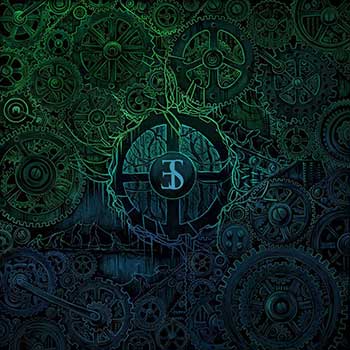 DEVASTATING METALLIC HARDCORE: Listeners beware! Employed to Serve’s Eternal Forward Motion could be hazardous to your health, especially your neck, due to excessive headbanging. The band doesn’t waste a second in unleashing its vast armies of shred on the opening title track, sicking a potent blast of discordant riffs, throat shredding barks, and menacing percussion upon the listener, a sound akin to the lovechild of Light This City and The Oncoming Storm era Unearth. “Beneath It All” lends itself more to Bay Area thrash than anything with a -core suffix thanks to stomping leads and punishing upswells. “Dull Ache Behind My Eyes” is an exasperating array of heaviness that quickly devolves into a thick slab of dissonant doom. “Harsh Truth” is a spotlight of Justine Jones’ dazzling vocal array. Groove heavy “Force Fed” is a true album highlight that features rare clean vocals, and some of Eternal Forward Motion’s best axe work can be found on “We Forgot You.” There’s little to no letup either, as Eternal Forward Motion fails to fade down the stretch—“Owed Zero” stands up tall to anything that came before it, and closer “Bare Bones on a Blue Sky” infuses a bit of atmospherics into the mix to go along with Jones’ staggering screams and Employed to Serve’s riff heavy structures. Eternal Forward Motion is a total onslaught of the senses, plain and simple. ~ Brian Campbell

ASHES OF ARES: Emperors and Fools