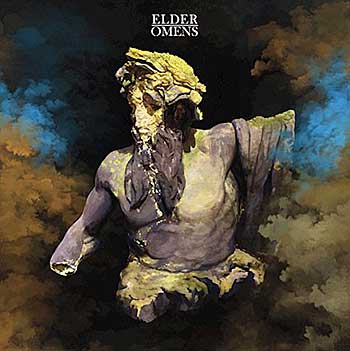 ROCKING WITH LUCY, IN THE SKY, WITH HER DIAMONDS: Undoubtedly, one very frustrating thing about being a music fan is when a great band employs a moniker that speaks nothing to the quality of its material. It’s hardly ever spoken (complained?) of, but it really sandpapers my testicles when a band pours copious amounts of heart, soul, talent, and conviction into their music then takes about 11 seconds to think about how to slap a faceless and generic cover page on the offering. Granted, let’s give these Nor’easters—with vocalist/guitarist Nick DiSalvo now calling Germany home—the benefit of the doubt as they’ve been around since 2006. Though, that leniency is strained when your humble reviewer thumbs through his own record collection and comes across at least two other bands with the same name. This doesn’t even speak to the countless shitty bands that formed in the early 80s wake of one of Kiss’ shittier albums. This point is being harped upon because it would be a major league sized shame if Omens ended up being bypassed or glossed over by the public because of the inability of Elder (the name) to stand out from the crowd. Their Dead Roots Stirring album from 2011 is one that still occasionally shakes the studs and drywall around my place, but Omens is not only on another level, it’s on another plane.

Hailing from the hazy and hirsute world of psychedelic/stoner/doom metal, the band has detoured down elaborate jam based and progressive rock back roads on previous releases 2015’s Lore and 2017’s Reflections of a Floating World. Omens may not entirely eschew their muscular roots, but they’ve consciously jacked up the luxuriousness and expansiveness of their utilization of southern rock jammolas, jazz-fusion sensibility, even keeled Krautrock, 60s acid smeared soloing replete with keyboard textures and silky smooth vocals all signaling a deeper dive into progressive rock. Tendrils of classic Yes, Can, and Rush (we should point out those band names were all decided upon when far fewer bands existed and every word in the English language hadn’t already found its way into a band moniker) sit comfortably beside modern day mind mulchers like (note the unique name brands) Astrosoniq, And So I Watch You From Afar, and The Antikaroshi.

To extract and dissect which influences pop up where on Omens is a pointless endeavor. Each of the five compositions is at least 10 minutes in length and make as many mood shifts as modal shifts. As well, they put on display an uncanny ability to conjoin disparate subgenres of influence and have it flow smoothly and naturally in a way grunge, The Yes Album era prog, and choral music shouldn’t (“Halcyon”). There are moments where the musical flow seems stretched out for the sake of indulgence—the second half of “In Procession,” for instance, could have been a song in and of itself—but as a sheer start to finish listening experience, Omens delivers a thoughtful, stirring journey that hopefully won’t fall through the cracks. ~ Kevin Stewart-Panko