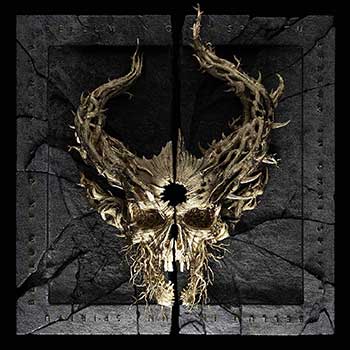 RESILIENT AND DEFIANT METAL: Though War takes a few more moments to gather itself than the accompanying Peace for something stronger and more commanding, the album does develop greatly by its halfway mark. The charge of “Unbound,” for example, is undeniable fuel for the fire that burns within us all, and it takes you with force right from its start. There’s also “The Negative,” which is crushing and full of explosive relief in its aggressive energy. Of course, Demon Hunter has also included darker tracks (less punk influenced, more death metal in nature), like “No Place for You Here” and “Lesser Gods,” both of which hit the mark perfectly. “Lesser Gods,” especially, reaches a resonating chord with its moments of calm and an overwhelming heavy chorus. Though War is lacking in some ways, it does stand tall enough to warrant a recommendation. Peace, its counterpart, leaves more of a lasting impression, but there’s something to be said for the brutal and forceful nature of the band’s heavier material. Turn here when you need loud release. It will do you some good. ~ Nathaniel Lay

WORLD WAR IX: Phoning It In