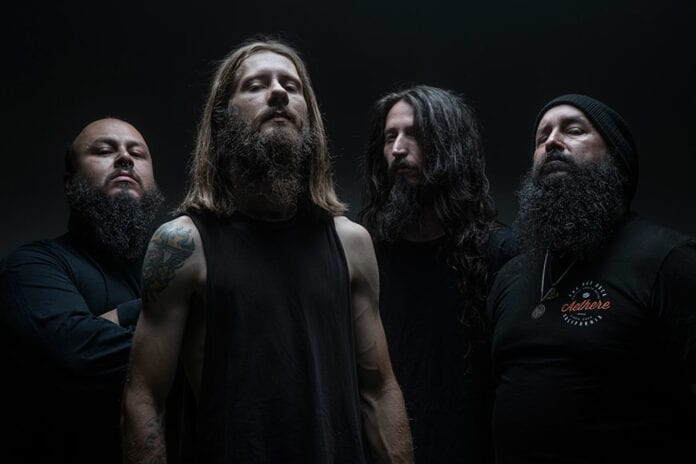 Extreme metal band Incite—led by vocalist Richie Cavalera—has had to fight for everything they’ve achieved thus far in its 15 year existence. As the stepson of Max Cavalera of Sepultura and Soulfly fame, nothing’s ever been handed to him. Whatever he’s achieved, he’s had to earn it on his own.

Cavalera and his hard-working band—consisting of drummer Lennon Lopez, bassist Christopher EL, and guitarist Dru Rome—have hit upon a winning formula with album number five, Built to Destroy. The 11 groove-laden metal tracks are aggressive and full of angst. Incite’s current tour almost feels like a family reunion, as the band is sharing the stage with his father Max and his drumming brother Zyon in Soulfly, along with Canadian death blasters Kataklysm.

It must be great to have family on this tour.
It’s been cool. For the past five plus years, we haven’t seen much of each other because he’s so busy doing his tours and I’m busy doing my tours. It’s cool to get back together and rock out, hang out, and spend time together—push each other each night at the shows is really fun, too. It’s a cool vibe and to get any chance you get, especially when you’re getting older like this. There’s much love in our family, that’s for sure.

How does album cover art tie in with the music and lyrical themes?
It’s an overall theme in general of where Incite is. Built to Destroy is the four of us coming together and going through what we have. We’ve been built for this, and we wanted to display that in a way with the cover. Andrei Bouzikov [Cannabis Corpse, Dust Bolt, Municipal Waste] absolutely killed it. It’s killer, and it looks like what I imagined us assembled as a machine would look like—ready to kick everything’s ass in our way. We’ve been through so much, and we feel like we’re ready for this moment.

How did you approach Built to Destroy compared to previous albums? What did you want to focus on the most that you didn’t on the last one?
With this one, it was the first album that Dru, our guitar player, took over writing the music, and I think all the previous things he’s done has been like a couple of songs or part of the songs. We really wanted him to let loose on this one, that’s why I think you have such killer guitar work. We had more time to record, write, and for preproduction. In music, the more time you get with things usually helps, rather than being rushed or not satisfied with what you did. With this album, we focused on making the Incite album we wanted. With the guitar solos and the bass on this album, things like that, were things we were missing in the past. With this one, it was like finally having everything we wanted on the record. I think that’s why you see the success of what it’s doing, and having the right guys is a big part of that.

How did you get Kirk Windstein of Crowbar and Chris Barnes of Six Feet Under to guest on the album?
We always try to have our guests be friends who we’ve met on tour. And the last couple of years while making this album, Kirk from Crowbar and Chris from Six Feet Under have been really cool to this band and have taken us on several tours. We really became friends, and that’s what we always want. We don’t just want big names to put on the album. It’s about having a friendship and jamming out with cool ass dudes that have always been supportive of us, and to have those two guys, who are legends of what we do and what we love, is a complete honor. Those turned out to be the two best songs on the album.

“WE WANT TO BE ONE OF THE BEST AND BIGGEST BANDS THAT THERE IS IN METAL.”

What was your lyrical inspiration for songs like “Resistance” and “Ruthless Ways?” What type of theme did you want to convey?
I think with every Incite album, as far as lyrics go, is always about what’s going on in the world and my life. You don’t find our songs being these fake, cliché, bullshit stories. With our music, and our lyrics especially, it’s always about having the relating feeling that everybody on earth can totally feel at the moment, like taking religion and dealing with how corrupt it is. With “Ruthless Ways,” living your life as a piece of shit and finally getting old enough to realize you’re a piece of shit. Just being about inequalities, like the super rich 20 families who are ruining our planet. “Human Cancer” is about the destruction of our earth. Just sitting in this parking lot looking around all you see is garbage everywhere. I think everything we try to do and I try to do personally is about the current time, and this album definitely had a lot of shit to talk about.

You seem to have a solid lineup now. How’s the band’s offstage camaraderie and its onstage musical chemistry?
It’s incredible. We’re like four best friends. Going through all the lineups I had was just a matter of finding the right guys, but also being adults. With a lot of the previous lineups, we were young, and we didn’t have a clue at what the hell we were doing and we let dumb things get in the way. With this lineup, we’re so focused on what we want to do with the band and where we want it to go. We want to be one of the best and biggest bands that there is in metal. It’s an honor for us because it’s what we love, and we don’t want to see it die. For us, it was just about being raw, keeping it energy, party, happy, fun. And I think that’s what people want. That’s what our live show also has become. Our vibe up there is almost second to none right now. When you look up there and see us jamming, we’re having a great time. We’re enjoying what we’re doing, and we want people to have a great time at the shows. And that’s definitely what’s been happening on this tour. It’s been insane.

With new songs in the set list, how do you decide which ones make it?
Usually, it’s just time. We’re given a 30 minute set, and we try to plow through and destroy everybody with the heaviest shit that we got. With this tour in particular, we were wanting to play a lot of new shit, and I think our set list is eight songs and six of them are new. It’s about getting that new record out and putting it in people’s faces, whether they like it or not. You just play them and test them, and if they suck and they’re abysmal, you change them out. But usually we’re pretty confident with the songs we pick, how we present them, and the flow of them all.

Do you feel you’ve only just scratched the surface with Incite thus far? What lies ahead for the band?
With where we’re at now, from Up in Hell to Oppression to this, we’ve seen such an amazing growth, and I think finally with this album we’ve hit where we want to be. And everything in the future going forward is going to get nastier and nastier. We’re just going to keep kicking ass until we’re the biggest band in the fucking world. That’s what it’s all about. If you’re not doing it to be the best, then what the hell’s the point? We just want to constantly get better. That’s all we want to do.

WOLVES IN THE THRONE ROOM: Vitality and Power