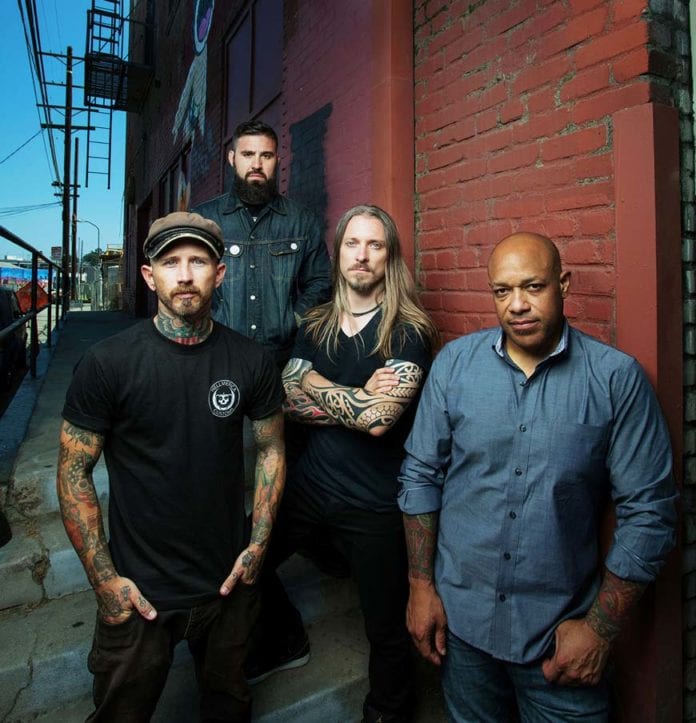 ORIGINALLY BILLED AS A SUPERGROUP, the metalcore quartet Devil You Know proved to have more heart and staying power than similarly manned novelty acts. But after two albums, founding drummer John Sankey left, instigating a legal battle over rights to the band’s name. Never ones to idle, ex-Killswitch Engage vocalist Howard Jones, All Shall Perish guitar guru Francesco Artusato, and ex-Bleeding Through bassist Ryan Wombacher kept making music. Now, re-emergent as Light the Torch, they are illuminating the path forward with a recent album. It’s heavy and familiar, but decidedly more energetic and melodic. Metalcore legend Howard Jones discusses the band’s name change and their third record, Revival.

The obvious place to start is the new band name, Light the Torch. Why the change?
The easiest way to summarize is to say we had some member issues and problems keeping the name. Continuing forward with the other name would’ve meant continuing to deal with that band member, and it was just easier to start over. It turned out to be a great idea—the best thing we could’ve done. It was a chance for us to try something different musically, just to explore, to try something new. Because of everything that happened, we’ve been handcuffed for a while. Devil You Know put out an album in 2014 and 2015, and now it’s been three years. We had to sit on our hands because we were trying to get to a resolution, we thought we had it, then it didn’t happen, then we thought we had it again, then it didn’t happen again. After a year and a half of that, we were all tired of fighting. We just let it go and moved on. We just wanted to try different things. We did this with no pressure.

Surely, you had to field questions in the interim, though.
We did, but…well, no, not really, actually. We were kind of doing our own thing. We were keeping it quiet. We finished writing and recording, and the label didn’t even know we were working on an album. We did the whole thing completely under the radar. It was nice, but at the same time a little strange because we didn’t have a contract, per se, because the other one had been voided. We didn’t have a name, either. So, we had no name and no agreement. We just had a lot of emotion and a lot of material and went in and recorded it. 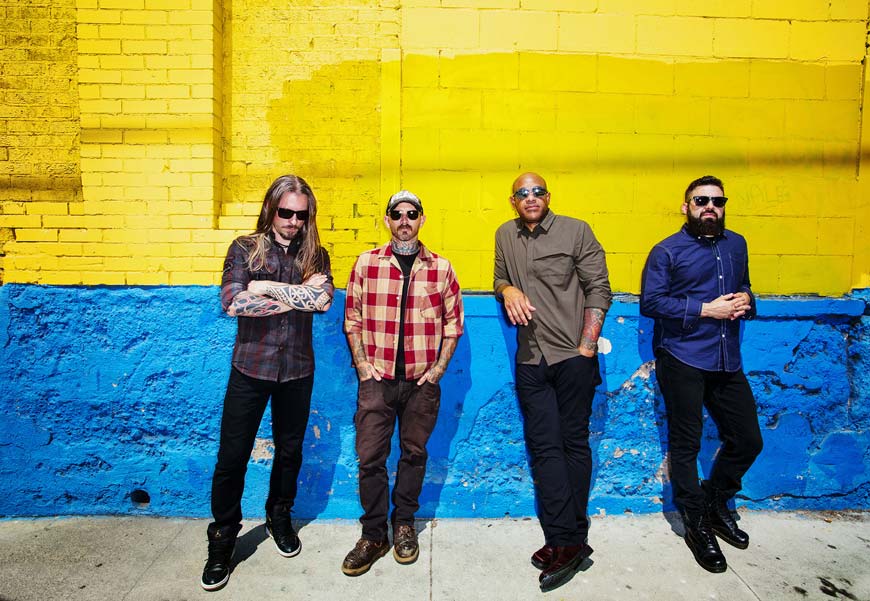 “We came out of the dark. It was heartbreaking having to sit on the sidelines”

When did you decide on the name Light the Torch? And when did the album name, Revival, come into the picture?
I think we were about to hand over the rough draft of the album or something like that, so we had to come up with a name. We went through half a dozen or so and settled on Light the Torch. Honestly, it’s the opposite of what we were. After what we’d gone through, we came out of the dark. It was heartbreaking having to sit on the sidelines and not get to do what it is that we love to do for a living. The album title, Revival, is what it sounds like. There’s nothing deeper to it than that. After all of this, it feels like we can breath again. We probably came up with it around the same time we came up with the band name—after we finished recording, before we handed it in. Looking through all of the lyrics, it made sense.

How would describe Revival sonically, relative to what you’ve done before?
Well, it’s a lot more melodic—that’s probably the major thing. It seemed like a reasonable time to try it. We’d been through so much, and it was time to do something new. So, there we go. We thought, “Let’s just flip the script and focus on the melodies.” I’ve always tried to do something a little different, and I think I can honestly say that about every band I’ve been in. I mean, with obvious similarities because, you know, I’m in them. But I think all the bands have different traits. I enjoy doing different things, and there’s always a challenge.

You’ve always had emotional lyrics, but Light the Torch takes that to a new level.
You write music and you hope there’ll be some sort of connection, and that’s all you can hope for. A couple of times I’ve looked at what I’ve sang and said, “Huh, that’s pretty deep. This might spark a conversation or two.” But I don’t know, man. I’m just this dude who writes stuff and sings stuff. 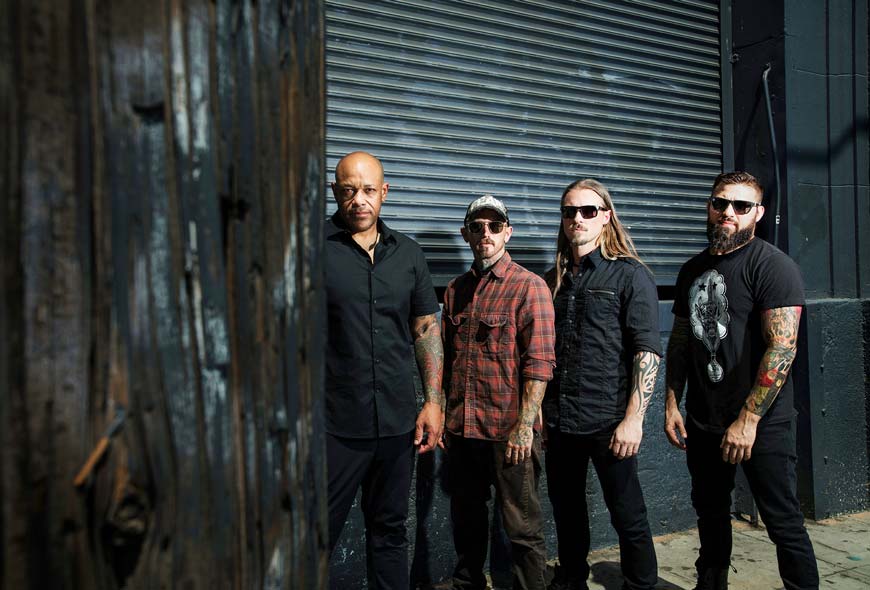 “Just because of all the things we’ve endured, just because life happens, it’s more like we’re friends who work together now.”

Did your time off after Killswitch Engage color how your approached music?
Honestly, I just like doing music. I like heavy music, and that’s that. I had to take a break, and now that I’ve stared again, I don’t know what else I would do with my life other than this. Granted, I have other interests, but this is what I do. I’ve been very fortunate to be able to do this for a living.

Like fishing. Everyone knows you like fishing. It even says so on Wikipedia, so it’s got to be true, right?
Yeah, I like fishing. That seems to be a pretty well known thing. I generally just like being outdoors. You know, I would probably say that’s one of the things that was different about this album—I wrote every bit of it outside when I was hiking or walking or running. I don’t really know why it happened that way, but it did.

Does Light the Torch feel coherent as a fleshed out band? When it started as Devil You Know, you were billed as a supergroup.
It’s a band, but it’s more than that. Just because of all the things we’ve endured, just because life happens, it’s more like we’re friends who work together now. We’ve just gone through so much. We’re just that close. On days off on tour, the band goes camping together. We get together off of tour and hang out and do that sort of thing, too. Francesco has gotten used to me throwing rocks at his window at six or seven in the morning. That’s a thing that’s happened.

How did you end up with your new drummer, Mike Sciulara?
We were needing a fill in drummer at one point, and someone suggested we should talk to him. We were definitely interested, but the scheduling didn’t work out. He came and hung out, though, a super nice guy, and we just kept in touch. In the interim, he sent us a video of him playing every single song. We didn’t even ask for it; he just did it. Plus, we got along very well, and he’s very down-to-earth. We sent him some of the new music, and he did a fantastic job with it.

Let’s talk about some of the lyrics to Revival.
You’re going to be sorely disappointed, but I don’t do that. I’m just that dude. I want to leave it up to interpretation. It takes all the fun out of it if I go through all of the explanations. Some stuff is pretty obvious and other stuff you can figure out. It’s like with Faith No More. Not only do I not know what Mike Patton is singing about, but I don’t think I ever want to know what he’s talking about. I kind of like that you can take what you like out of lyrics. 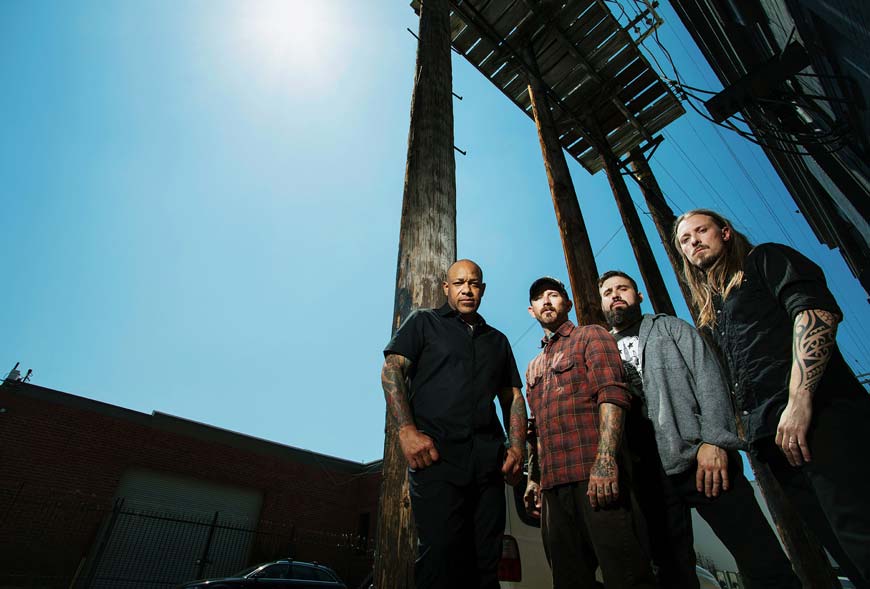 “It’s definitely a different sounding album. We tried lots of different things because we wanted to make the whole thing a fun listen.”

Were there any older Devil You Know sketches used for Revival, or was everything on it written for Light the Torch?
If you’ve got Francesco in your band, there will always be more songs. It’s insanity. No one should have to do this, to deal with this much material. Everything was new, and we definitely whittled it down to what’s on Revival. There was one song that, in the studio, I was about to do the vocals and literally just stopped and said that lyrically and musically I just didn’t like this song. Within two minutes, we shelved it. Everyone nodded and agreed. It became, “Why are we doing this song?” It’s around somewhere, though, and it’s terrible. I’ve never told that story before, but it’s true. It feels weird getting ready to go in and start working on something when you’re not into it. I thought, “Okay, the song is not that good, but maybe I can spice it up with some catchy lyrics.” Sadly, that was not the case. It was time for us to do something different, and we’d been sitting around on our hands for so long. It was time to push ourselves. I think we did that and it shows.

Did you discover new sides to your voice while recording Light the Torch material?
I don’t know. Well, it’s definitely a different sounding album. We tried lots of different things because we wanted to make the whole thing a fun listen. I like “The Great Divide.” It’s just a different song, kind of a ballad, but not quite. I don’t know what it is, really. Structurally, it’s not what you’d consider a classical song. “The Safety of Disbelief” is one that we were surprised with. It’s simple, but just seemed to work. It was a lot of fun doing that one. “Die Alone” was the first song we demoed, and I’m trying to recall what the second one was, but I can’t remember. After hearing that song, I thought, “Okay, this’ll lend itself to more singing.” It was a lot of fun coming up with different melodies and harmonies and really exploring that on Revival.

ALESTORM: The Virtues of Piracy