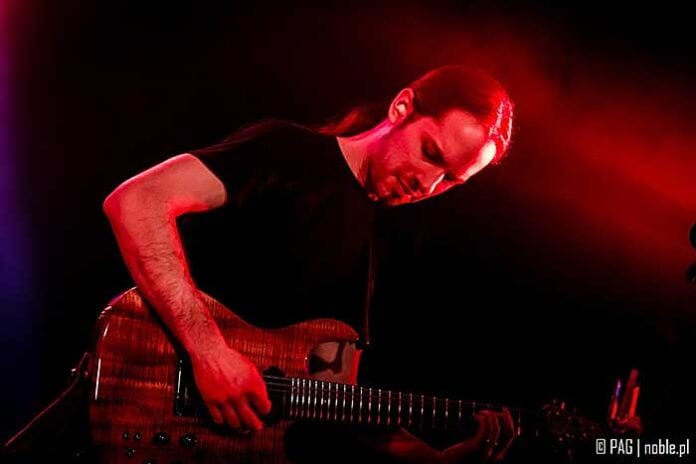 With the release of his fourth studio album, Heart Signal, guitarist/composer Michael Abdow shares with us his Top 12 favorite (and to play) guitar riffs.

“I was having too much fun and realized I could make this list indefinitely, [so I] stopped at a dozen, says Michael. “These aren’t in order or anything.”

Best known for his work with Fates Warning and Ray Alder, Michael Abdow says about his most recent offering, “Heart Signal, as the title might suggest, aims to create a moment in each song that grips the listener and invokes an emotional response.”

I wrote the slap bass groove to carry throughout while the song morphs over the top. It’s very infectious, anthemic, and fun to play.

The first distorted riff is so creative in its rhythm, and voicing. Rarely is something so equally intricate and musical.

“The Light and Shade of Things” (Fates Warning)

I love the harmonic motion and strong open string pedal tone chord voicing in the first heavy section. It’s dramatic when we play this live.

“What the Water Wanted” (Ray Alder)

The opening groove is just one note and the octave, very industrial, and super heavy. That’s my Stabbing Westward influence.

The choruses are very dramatic and just emotional to play. They also display one of my favorite key changes (modulate to V minor).

This one is a cool tapping melody that starts on a sus4 chord, then goes whole tone. It requires all seven strings of my guitar and two fingers of the right hand to tap. It’s a challenge!

Minimalistic, chorusing, low gain and so heavy. This opening riff is a perfect example of how the way something is played supersedes what is actually being played.

“You Can’t Save Me” (Richie Kotzen)

The opening riff on the overdriven telecaster is such a statement. This is another great example of huge feel on a simple part. This song is aggressive and doesn’t hold back lyrically.

This song was my introduction to Evergrey and they’ve been one of my favorite bands ever since. The rhythm playing from Tom and Henrik is all about tone and the picking hand. There is just an undeniable depth behind everything this band does.

John Petrucci’s solos in this song are some of my favorite. The way he combines soaring melodies, overwhelming precision and tone is something I’ve always reached for.

“Space for the Papa” (Jeff Beck)

As the title suggests, this isn’t a busy riff. Jeff’s tone, articulation, and musical instincts are peerless. The opening riff is elementary to understand and masterful in its effect.

I used to cover this song in my live set. The groove and ambience are hypnotic and Bucket’s playing is just gorgeous. He was so in the moment on this one.