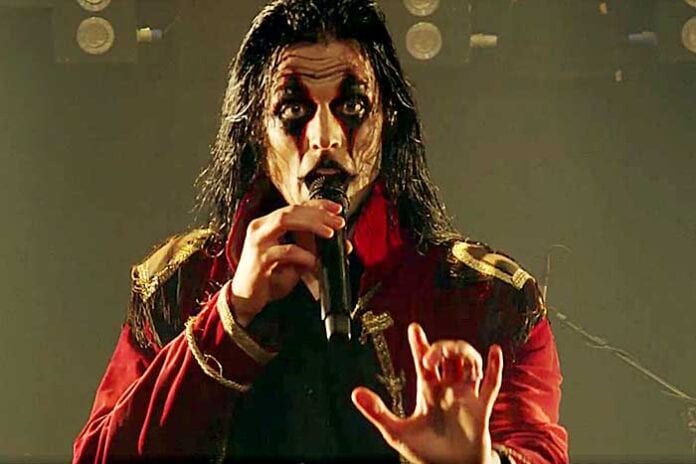 “To be perfectly honest, it feels pretty damn essential to us to get to do what we love to do. It makes sense, right? But we’re being patient, we know that we will see you all very, very soon. We’re working hard on that. We need some therapy because this has been hard on all of us.” This was a statement frontman Johannes Eckerstrӧm made that came about an hour into their latest livestream last Saturday. While fully acknowledging before it that he knew healthcare workers were more essential, it’s a point that needed to be touched on. The arts are essential for the performers, for the fans, for all of our mental health, and luckily for the band and their fan base, they have taken on the major task of performing four livestreams this month, while some artists have done one, if that, since the touring industry shut down completely over 10 months ago. But for their mental health, that choice is understandable as well, but with a light at the end of the tunnel, the livestream has become a work of art and something that will put a mini band-aid on the pain of not having the live experience for now.

Saturday’s stream focused on two more of Avatar’s lengthy catalog of albums, this time around being a set that moved fluidly back and forth between Black Waltz and Hail the Apocalypse. Both records explored everything from groove metal to death metal, but what distinguishes Avatar’s approach to death metal from many other acts is that the lyrics behind the huge riffs are softer content than most would expect. Be it the slowed down gorgeous take on “Tower” performed by Eckerstrӧm sitting down at the piano, to the grooving “Paint Me Red” where he pulled out a trombone in an unexpected move, the perfectly curated set list allowed many opportunities for the true range and talent of Avatar to shine through in a just under 90 minute set.

With huge instrumental moments, solos galore to open up tracks, and camera close-ups on the individual members showcasing the true technicality of everyone involved, the stream zoomed by with excellence. A great balance of huge performances and theatrical moments abound, like when Eckerström walked into a stage with a bundle of balloons to the tune of what appeared to be children laughing with a carousel in the background.

Not only did the set flow incredibly well, but the clear love the band has for each other shined through in this performance. With smiles galore to each other throughout and allowing individual members to shine in their light throughout the set, it only made the performance much more pleasant to experience. In times like these, your friends are the ones you can lean on, and it’s clear the members of Avatar are much more than just bandmates. Throughout the set, it was more focused on the tunes and fully enjoying each other’s presence in a natural pure rock ‘n’ roll performance instead of trying to put on an act with lots of props and small talk to the “crowd.” It’s an experience many fans of Avatar surely enjoyed. And it was one that ended on a perfect note of the huge orchestral “Bloody Angel” to the finale of “Smells Like a Freakshow,” where Eckerström called out, “You made it to the last song, it’s okay if the TV falls over, let’s go!”

While you still have the chance to stream Saturday’s show for another day or so, you can be part of the experience when the band hits the stage Saturday, January 30th, for the last show of the month, Age of Memories. You can pick up tickets at Avatar Ages as well as for virtual meet and greets. See you then!