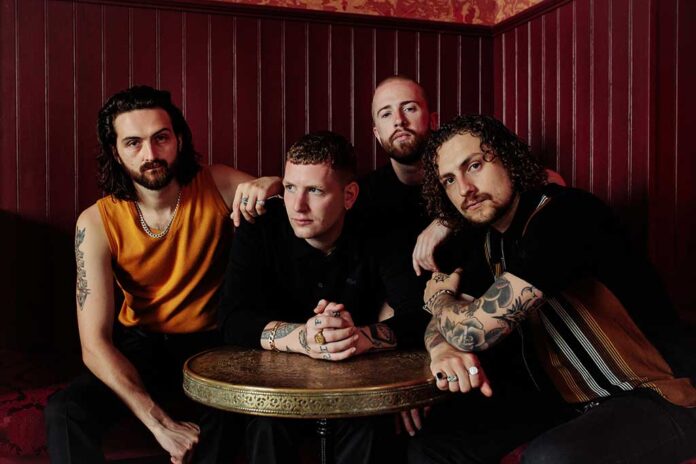 Kid Kapichi’s new album, Here’s What You Could Have Won, is available now on Spinefarm Records. Their best songs explore racism, in-work poverty, mental health, violence, frustration, and all-consuming love with honesty and humor. All their songs come studded with barbed wire hooks, bristling with the juddering shock of lived experience, the cathartic thrill of a balled-up fist relaxing into an air punch.

Order Here’s What You Could Have Won at https://www.kidkapichi.com/en-us

The Streets “Don’t Mug Yourself”

It’s hard to choose just one song off Original Pirate Material, because that whole album is an inspiration for us. The lyricism and the telling of stories, the productions, drum sounds, the list goes on. That album turned 20 years old this year and sounds as fresh as ever.

Queens of the Stone Age “Turning on the Screw”

We’ve been fans of QOTSA since we were kids. One of Ben’s first ever gigs was seeing them at Brighton Dome—definitely a formative moment in wanting to play heavy music. Again the production on this track sounds fresh next to anything modern, and their use of organic but processed sounds to create such unique sounding productions is definitely an inspiration for us.

This is one that people are sometimes surprised by, but we all really love The Specials and their sound has definitely filtered down into our stuff—their use of backing vocals and creating haunting atmospheres on record, as well as the lyrical themes and vibe of the lyric delivery. This song is a regular soundtrack in the Kapichi tour bus

This is one of the first songs we wrote just as we’d started to cultivate a sound that felt like the beginning of where we’re at now in terms of songwriting and production. It’s a fan fave for sure, and it still puts a fire in our bellies when we play it live.

This was one of the first songs we wrote for the new album, this and “INVU.” We were at the beginning of really finding that hybrid, more beat-driven take on the sound of Kapichi. That approach has really helped us take things to new heights with the way the record can explode sonically.

We wrote this one closer to the end of the writing cycle of the albu. It was one that flowed out quick and just wrote itself pretty much. Another one that’s really wicked to play live, a good tempo to just bounce around on stage.

Influences and Essentials: THE VINTAGE CARAVAN In Their Own Words