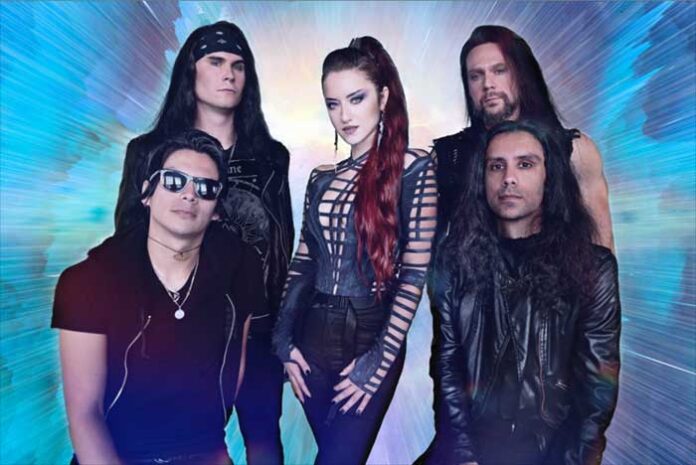 WATCH THE EXCLUSIVE PREMIERE OF THE NEW MUSIC VIDEO “BELIEVE” FROM EDGE OF PARADISE ONLY ON OUTBURN.COM

2020 was supposed to be the biggest touring year, but due to the pandemic, Edge Of Paradise went into the studio instead and created their most cinematic, thought-provoking, and sonically massive album to date, The Unknown, fueled by their history, perseverance, and endless inspiration. Now the band releases the soul searching video for “Believe.”

“‘Believe’ is a cinematic rock ballad, powered by dynamic vocals and massive guitars. Set in a futuristic world, it’s a story driven song, that finds hope amidst destruction with the help of a child, through their lens of wonder, innocence and trust. With the music video, we wanted to showcase the raw power of the band and share a glimpse of the story, through Margarita’s art.” – Edge Of Paradise