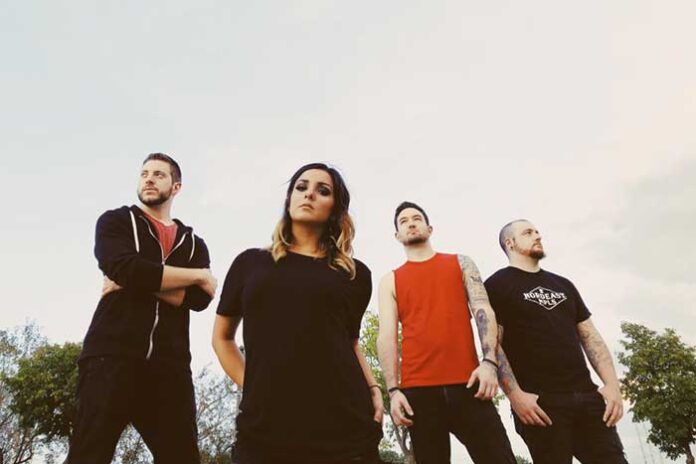 WATCH THE EXCLUSIVE PREMIERE OF THE NEW MUSIC VIDEO “CRIMINAL” FROM COLD KINGDOM ONLY ON OUTBURN.COM

Minneapolis based hard rock group COLD KINGDOM dispenses a lethal combination of fury and sentiment while delivering emotional lyrics on their upcoming third album due out this summer via oneRPM. The band is releasing its debut single “Criminal” featuring Danny Case (From Ashes To New) across digital platforms on Friday, February 25.

Cold Kingdom – Elissa-Marie Ogaard (vocals): “It was really awesome to collaborate with Danny on ‘Criminal.’ His voice added an edge to the song that we were excited to hear. I think that he not only complimented my vocals, but also added a contrast that brought the song to a whole different level. We can’t wait to release it into the world.”

Cold Kingdom – Chris Morely (drums): “The pandemic really screwed a lot of things up for us, but it also gave us a lot of time to write. ‘Criminal’ was one of the first songs we wrote and recorded during the lockdown and I believe it’s one of our strongest songs to date. The lockdown made us angry, annoyed, distraught, and so many other negative feelings. We just channeled all that into our writing and ended up with an album’s worth of material!”

From Ashes to New – DANNY CASE (guest vocals): “It was a pleasure working with Cold Kingdom. ‘Criminal’ is a powerful song with a soaring chorus that really keeps your attention from start to finish.”

COLD KINGDOM was formed in 2014 and has since released two full-length albums (2015’s The Moon and the Fool and 2019’s Into The Black Sky) in addition to a self-titled EP in 2017 produced by Shinedown’s Eric Bass. Their energy-filled live show has seen the group tour across the U.S. supporting acts such as Shinedown, Chevelle, Papa Roach, Buckcherry, Saving Abel, Puddle of Mudd, and Nonpoint as well as being featured at some of the Midwest’s largest music festivals including Northern Invasion, RockFest, Summerfest, Moondance Jam and Halfway Jam. They will next be seen at Mile of Music Festival in Appleton, WI this August 5-8.