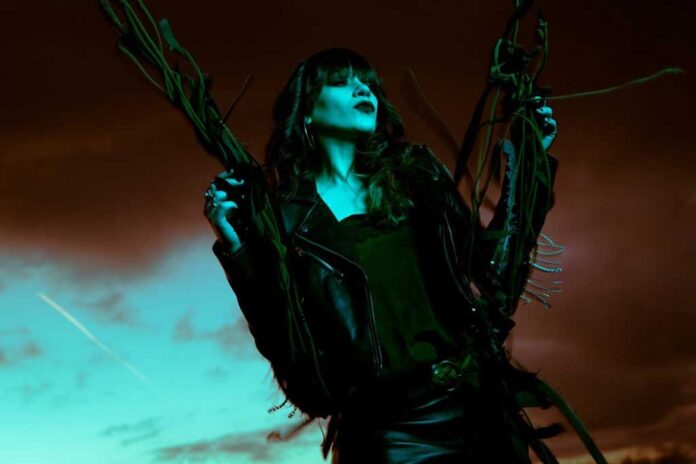 Continuing to exceed expectations, the unstoppable Black Mirrors has now crafted a new masterpiece and one of rock’s leading highlights of 2022, Tomorrow Will Be Without Us, out now via Napalm Records. Black Mirrors doesn’t believe that we as humans have the power to destroy mother earth. However, as the album cover portrays, it’s clear who will end up burning—all living creatures, us. Tomorrow Will Be Without Us is a clear statement impacting every single one of us living on our planet. The band tells us their biggest influences and the essential Black Mirrors songs to hear.

Marcella: My passion for rock started with Nirvana. When I was a child, I used to sing some Nirvana songs without knowing what I was saying. At that time, my brother was really into Nirvana and played a lot of their songs on the guitar. When I grew up, I started to understand what was behind the songs and what they meant to a whole generation.

Pierre: In Utero really took me by surprise, as I expected a Nevermind 2, but it’s less polished, more direct, harsher. With time, I started to really enjoy the anger behind Cobain’s voice and the music of the band.

Queens Of The Stone Age “I Appear Missing”

Pierre: I know some fans of the first albums don’t really like this album, as it’s quieter than what they’ve done before, but to me it’s the best album they’ve ever made. The songs are great with a lot of nuances, and the way they were able to blend two and sometimes three guitars together is amazing. Most of the time they have a heavy guitar upfront and others that open up the space with nice reverb and delay in the backwards. Pedro also listened to this album a lot when we were writing Tomorrow Will Be Without Us and you can definitely hear the influence of the Queens in one of our songs called “Say it again.”

Marcella: Months before we asked Alain to produce Tomorrow Will Be Without Us, we used to play this album over and over at home. We love the song “Reach Out.” We even covered it two years ago on a radio show in Belgium. Alain is an amazing musician, singer, and composer, as was Natasha. Her voice gives me goosebumps! And the energy she delivered on stage was incredible and a huge inspiration.

“Hateful Hate I’ll Kill You” is one of the first songs we wrote and recorded for this album. The song really helped us shape the album. You can hear all of our influences for this album in this specific song. Bands such as Nirvana, Hole but also Queens of the Stone Age, Jack White, or even Radiohead.

“Snake Oil” has this raw, energetic, and wild feeling that is the reflection of what we are on stage.

Because that’s where the whole Black Mirrors story began!