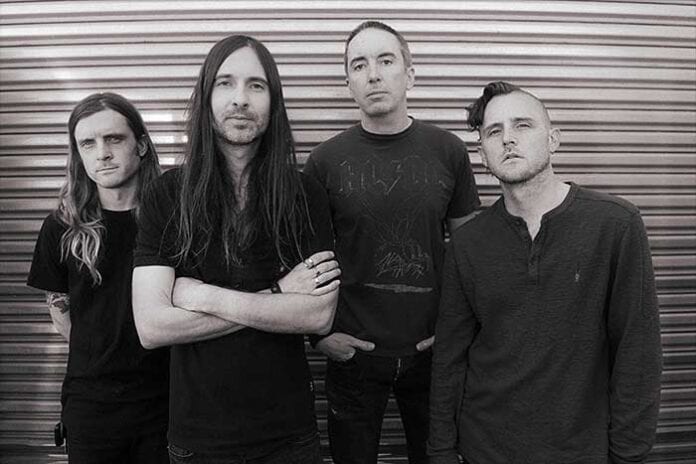 LISTEN TO THE EXCLUSIVE PREMIERE OF AEGES‘ NEW SINGLE “COLORS” ONLY ON OUTBURN.COM

Los Angeles rock outfit Aeges (pronounced “ages”) is set to release its new single “Colors’’ this Friday (4/23). The track is part of the band’s first round of new music since their early 2020 full-length album DRØMMEN.

The self-released single was engineered and produced by Aeges vocalist/guitarist Kemble Walters and mixed by Beau Burchell (Saosin, Senses Fail). “Colors’’ has the band leaning further into their progressive sound, giving a nod to fans old and new with explosive, yet-intelligent rock riffs and soaring vocals.

“Musically, ‘Colors’ is the sum of all our parts and then some” says Walters. “It’s got the thick heavy riffs, extreme highs and lows in dynamics, a pumping chorus and attitude for days. I feel like lyrics should always be up to the interpretation of the listener, but there are a few different themes being addressed here. One is the chasm of perception, and how some people refuse to believe something, even though there’s a mountain of evidence right in front of them.”

“Colors” marks a progressive step for the band that is known for their unique blend of heavy rock/alt-metal mixed with tinges of doom laced riffs, soul crushing tones, and melodic, yet aggressive vocals. For those that have followed Aeges over the past decade or caught them on tour with bands like Chevelle and Local H, they will be impressed with how Aeges continues to craft and evolve their overall sound.

WHERE ARE THEY NOW? THE MEMBERS OF DEATH